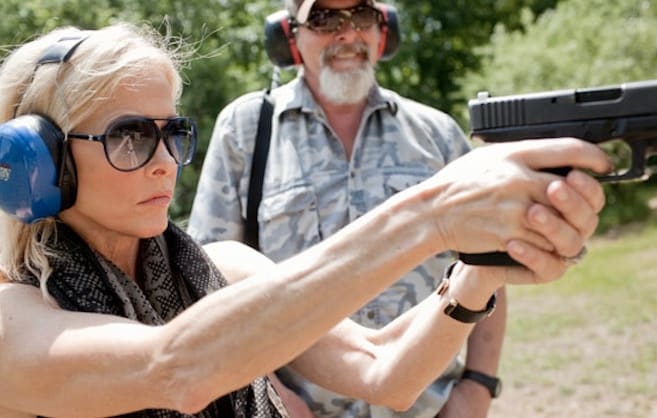 Ted Nugent’s wife, Shemane Deziel, made an “honest mistake,” according to her attorney, and forgot to leave her gun at home when before walking through airport security.

The wife of conservative yet outspoken rocker and NRA board member, Ted Nugent, was arrested at the Dallas/Ft. Worth International Airport after security discovered a gun in her carry-on suitcase.

According to TMZ, Shemane Deziel was taken into custody after the incident, but it remains unclear if her husband of 24-years was with her at the time, as Nugent was scheduled to perform in Ramona, California, on Thursday night. 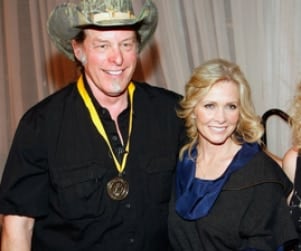 Ted Nugent’ and his wife, Shemane Deziel, have been married since 1989.

As for what happens next, DFW Airport Department of Public Safety official, David Magana, said, “the rest of it is working its way through our system of legal approval.”

Deziel packing a gun her suitcase was just an “honest mistake,” her attorney David Finn said.

The “honest mistake” came just one day after Nugent utilized the 50th Anniversary of the March on Washington to launch an attack of written rhetoric on President Lyndon Johnson’s social programs, namely, Meidcare and Medicaid.

“Just one year after Dr. King delivered his memorable speech, President Lyndon Johnson’s Great Society began a systematic and engineered welfare juggernaut that would do more damage, cause more harm and become responsible for more destruction to black America than the evils of slavery and the KKK combined,” Nugent wrote on the website, wnd.com,

“President Johnson’s Great Society’s War on Poverty has turned out to be, for all practical and statistical purposes, a War on Black America,” he added.

On the other side of the coin, however, the Washington Post reported in 2012, “First there was a huge fall in the poverty rate throughout the 1960’s, and in particular after LBJ announced the War on Poverty in 1964 and followed up with Medicaid, Medicare, greater federal housing spending, and other programs to fight that war.”

“In 1964, the poverty rate was 19 percent. Ten years later, it was 11.2 percent, and it has not gone above 15.2 percent any year since then. Contrary to what you may have heart, the best evidence indicates that the War on Poverty made a real and lasting difference.”