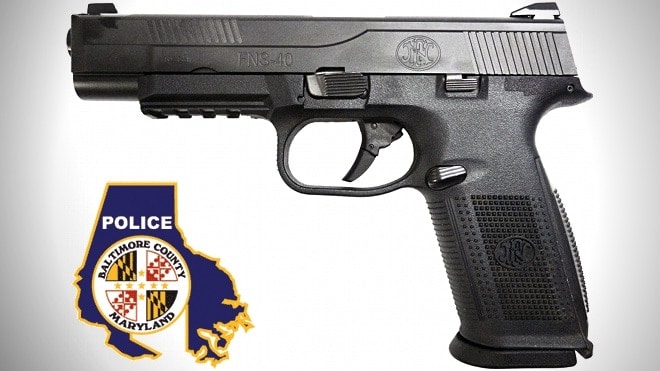 For anyone curious as to where all the long-slide versions of FN-USA’s latest FNS pistols are going, they’re headed to police departments across the country. Case in point, the Baltimore County Police Department has just signed a contract with FN-USA for nearly 2,000 long-slide service pistols.

The Baltimore County P.D is currently equipping their sworn officers with the relatively new and exceedingly popular service pistol, adopting it immediately.

“We are pleased that the Baltimore County Police Department is the first to field the FN FNS-40LS pistol as their new duty firearm and look forward to serving them in the coming years,” said FN-USA President Mark Cherpes.  “Today, Baltimore County has become the largest law enforcement agency in the country to turn to the FNS line of striker-fired pistols as their firearm of choice.”

The FNS was introduced in 9mm and .40 S&W in 2011, and come with stainless steel slides and hammer-forged barrels. The LS models were announced a little over a year later as “competition” models with 5-inch barrels and an extended sight radius. These variants have been in production since 2012 although FN-USA has made them mostly exclusive to law enforcement until they can manufacture them in quantities sufficient to cater to the general public. 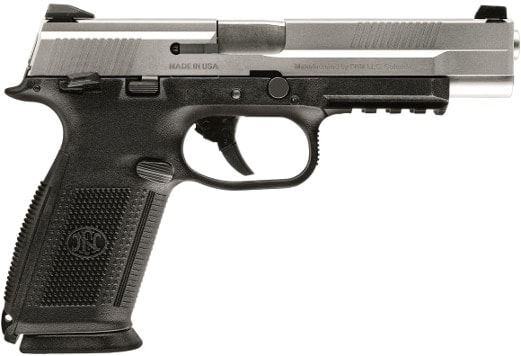 The LS variants that are being delivered to Baltimore are chambered in .40 S&W, which have a capacity of 14+1. While night sights are standard on FNS pistols, the Baltimore County P.D. are getting upgraded Warren-Sevigny Carry Night Sights, which are a two-dot configuration with a wide, sloped rear sight that leaves a lot of space around the front sight post. The pistols will also omit the manual safety common to standard FNS pistols, instead relying on the passive trigger safety and DAO trigger pull.

One of the major reasons the FNS series of handguns has become such an instant success is that all the pistols are lefty-friendly with fully-ambidextrous controls. The pistols use interchangeable backstraps that allow users to pick a grip shape that works best for them individually.

The FNS also has a very predictable trigger pull, with a solid break and positive reset that makes it easy to shoot fast, repeatedly.

The FNS frames will accept all slide lengths and calibers as well, meaning that with a 9mm upper and 9mm magazines it is possible to convert a .40 S&W FNS to 9mm for increased capacity and vice-versa for a more powerful round.

The Baltimore County P.D. will no doubt be the envy of many FNS fans who would want nothing more than an FNS-40LS in this exact configuration.