Dog discovered alive three days after being shot, left for dead in a ditch 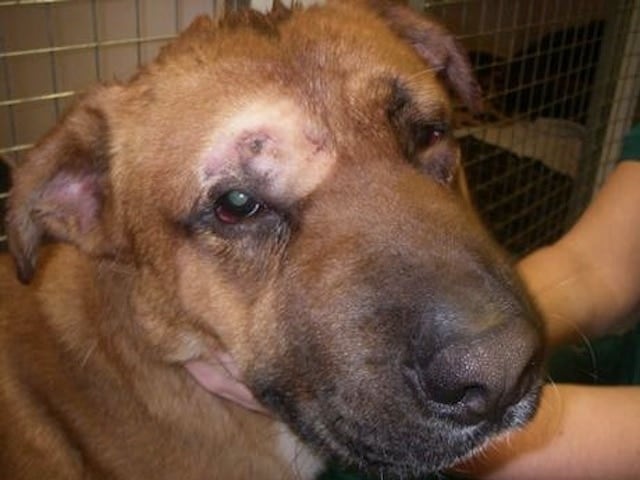 Rocky survived being shot six times, struck with a shovel and left for dead in a ditch.

A man was jailed after shooting his dog, striking it, and leaving the wounded animal for dead.

The owner, 38-year-old Mark Turnbull, used an air rifle to shoot “Rocky” five times in the head, and once in the leg before striking him with a shovel and leaving his animal to die in a ditch. 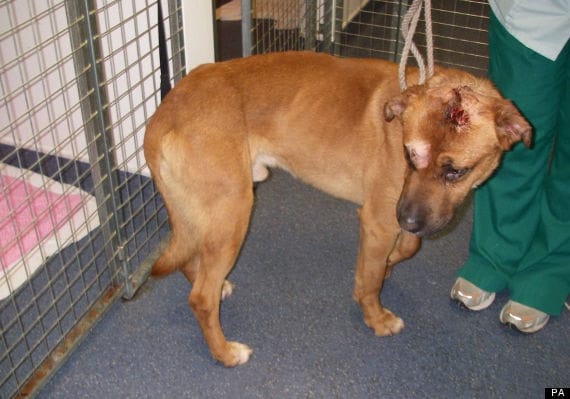 After being discovered alive, Rocky was brought in to be treated.

Three days later, a passerby discovered Rocky along the side of a road at Weedon, Northamptonshire. Incredibly, he was still alive.

Rocky sustained considerable injuries, which included a cavernous wound on the back of his head that continued down to the ridge of his skull. X-rays showed the massive internal trauma caused by the air rifle.

Police made short work of tracing Rocky’s imbedded microchip back to his owner, Turnball, who claimed he was unable to find a home for his dog and inflicting the injuries was the only option he had left.

Turnball confessed to three charges of causing unnecessary suffering to Rocky and was jailed for 20 weeks at Northampton Magistrates’ Court. Turnball was also banned from owning an animal for 20 years. 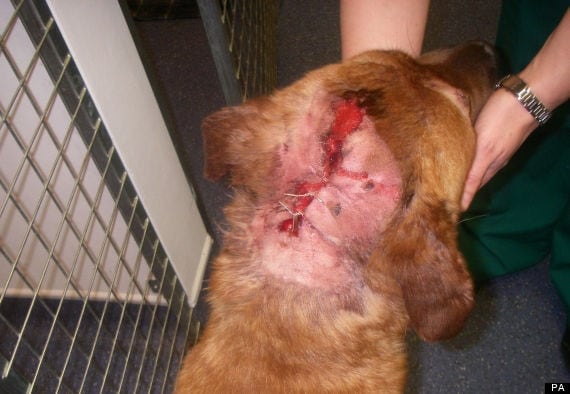 Rocky had a gash on the back of his head, presumably from where his owner struck him with a shovel.

RSPCA inspector Michelle McNab said, “This was a truly unbelievable case that involved immense suffering to the dog.”

“Fortunately, Rocky was found and amazingly he survived. He has since been rehomed to a loving family.