Background checks, it’s what everybody has been talking about.

According to the Pew Research Center, 80-90 percent of the country supports expanded background checks, but according to the turnout of pro gun control organizers at an Ohio rally, those numbers may be exaggerated. 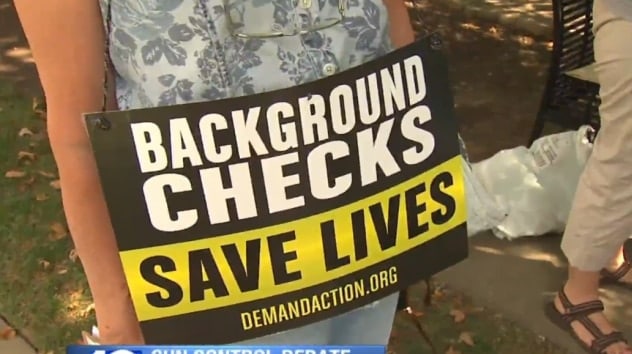 Few pro gun-control advocates showed up, and were quickly overwhelmed by the opposition.

Those who arrived to support pro gun-control policies were vastly outnumbered by the NRA and Buckeye Firearms Association supporters in Columbus.

Though Lucyzk tried to spread her message of increased background checks, her words were quickly drown out by the overwhelming opposition.

“There’s no reason for Mayors Against Illegal Guns to be in Ohio,” said Linda Wlaker of the Buckeye Firearms Foundation. “Ohioans stand up for our constitutional rights and that’s the way it’s going to be.”

“People are fired up, people are concerned,” said Walker. “It’s overwhelming this any people show up on a Friday afternoon because our constitutional rights are that important.”