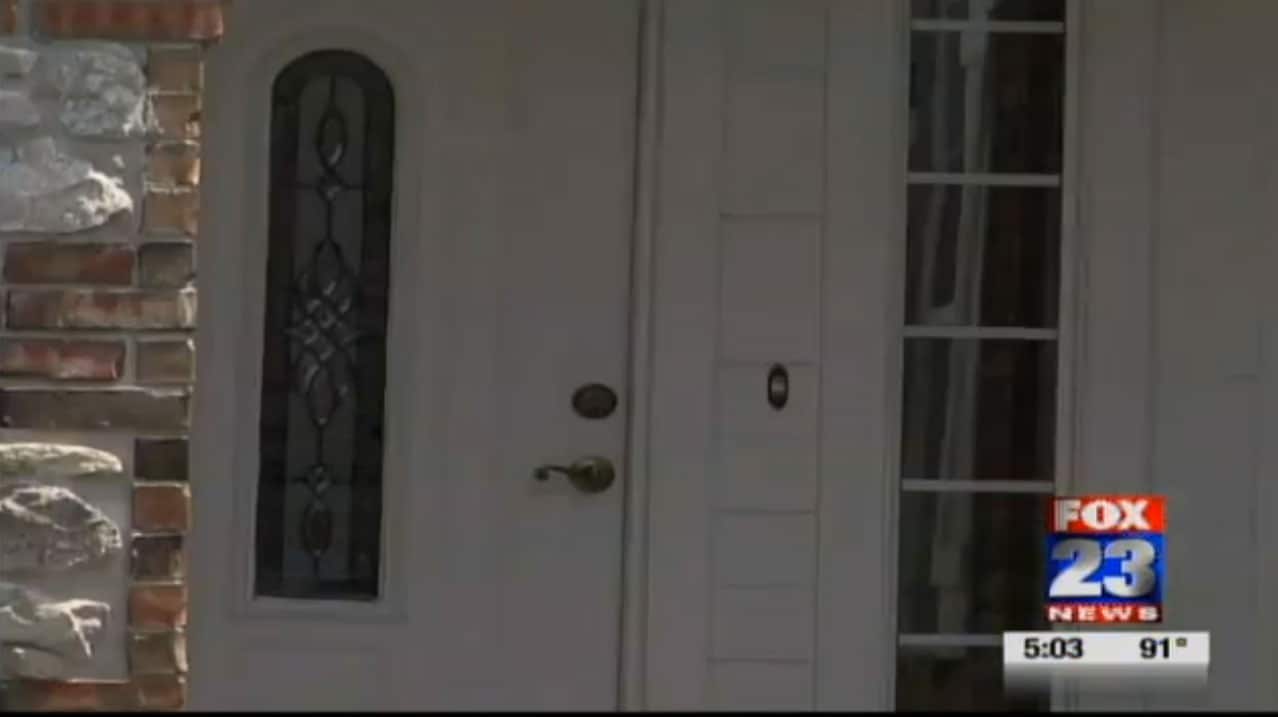 I guess I might be suspicious of a half-naked man holding a gun and knocking on my door too. (Photo credit: Fox 23)

Some stories have such bizarre details that it’s sometimes a wee bit difficult to make sense of it all in the first pass. This is such story.

Owasso, Oklahoma, resident Joshua Snow was shot by his neighbor, Jimmy Null, when he showed up at Null’s door in the middle of the night, wearing only underwear and carrying a handgun.

However, unbeknown to Null, Snow had just chased a group of burglars down the street, which partially explained why the half-naked man was standing at his door holding a gun.

Even Major Shannon Clark of the Tulsa County Sheriff’s Office admits that they’re not quite sure how the whole thing went down.

“It was kind of an unusual circumstance,” he said.

Just after midnight Monday, Snow saw some guys breaking into his car. Wearing only boxer shorts at the time and not wanting to risk missing the opportunity to catch the suspects red-handed, Snow grabbed his pistol instead of his pants and went outside to confront the men. The men took off running and the scantily clad Snow ran after them.

And this is where Clark says the story gets sketchy. Somewhere in the midst of Snow chasing down the suspects, Null became involved.

“That’s kind of where things get a little gray. We don’t actually know what took place there,” Clark said.

Authorities are unsure what prompted Snow to start banging on Null’s door, but the fact that Snow was only in his underwear and holding a gun in the middle of the night was apparently enough to cause Null to be suspicious enough to grab his 12-gauge shotgun. And although the details aren’t entirely clear, at some point Null shot Snow.

Fortunately, Snow survived the massive gun shot, was taken to a local hospital and expected to make a full recovery.

As for Null, no charges are expected to be filed for his part in this unusual incident, as it was determined that – although Snow was not a threat – he acted in the interest of protecting his family.

“I guess just in the hype of everything taking place, when the guy reached for his own gun, the homeowner at that time fired a shot trying to protect himself and his family,” Clark said.

One neighborhood resident, Kayla Brown, explained to reporters that she would have reacted the same way as Null. Although she said that she would have gotten her husband had Snow showed up at her door and she felt that he “would definitely ask a few questions before just going off and shooting him. But, like I said, I understand why that guy did that: to protect his family,” she said.

“I’d probably do the same thing, honestly,” Brown continued. “I would grab a gun and, you know, threaten him because he is on my property and that I will shoot him if he doesn’t stop.” She also said that it was unfortunate Snow was the one who was injured when he was the one trying to catch the burglars.

However, Clark also said that attempting to chase down the suspects like Snow did was a risky move.

“Once there is no continuing threat to a person and/or a life or the community, then you can’t use deadly force as an option,” he explained. But he added that if a chase does occur, to be sure to call 911 as soon as possible so that if anything does happen, officers will already be on their way.

It is unknown if Snow and Null were acquainted before the incident.

And unfortunately, the suspects got away anyway.