Many Americans have spoken out against our country’s plan to attack Syria, and now, it seems, some of our uniformed soldiers have joined the ranks as well.

Uniformed soldiers across various branches of our military have taken up arms against our nation’s likely attack against Syria.

Photos have surfaced from Facebook of United States warriors holding up signs in front of their faces that read, “I didn’t join the Marine Corps to fight for al-Qaeda in a Syrian civil war.”

Their proclamation has been considered controversial by some, and possibly forbidden by the military. Article 88 of the Uniform Code of Military Justice (UCMJ) states:

“Any commissioned officer who uses contemptuous words against eh President, the Vice President, Congress, the Secretary of Defense, the Secretary of a military department, the Secretary of Transportation, or the Governor or legislature of any State, Territory, Commonwealth, or possession in which he is on duty or present shall be punished as a court-martial may direct.” 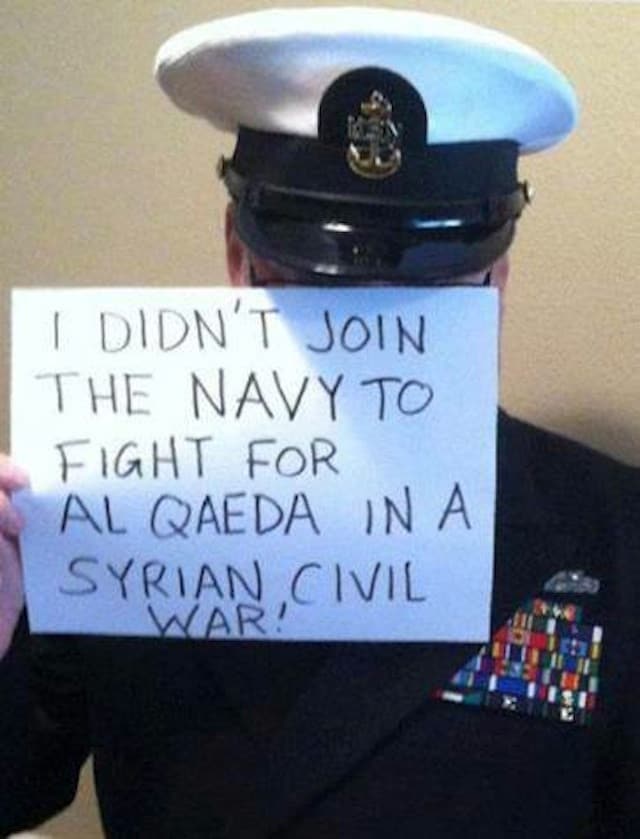 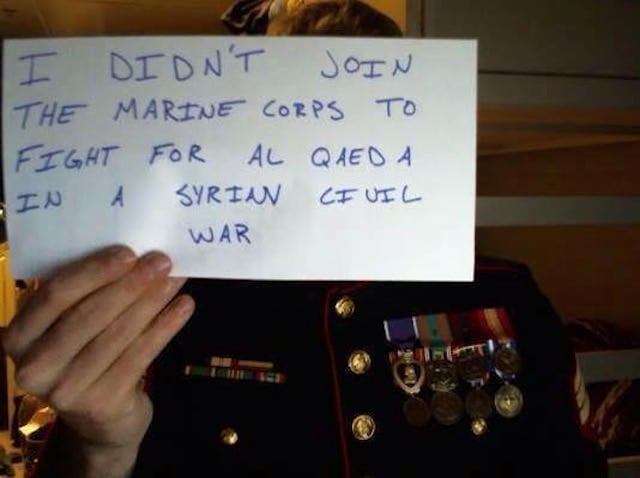 If you’re wondering about the freedom of speech of non-commissioned officers, that’s been covered in Article 92, which states essentially the same as above.

The reality of the situation is, there are those who are uniformed and non-unformed will agree, and those who will disagree with President Obama’s decision to attack or not attack Syria.

So, where do you stand?