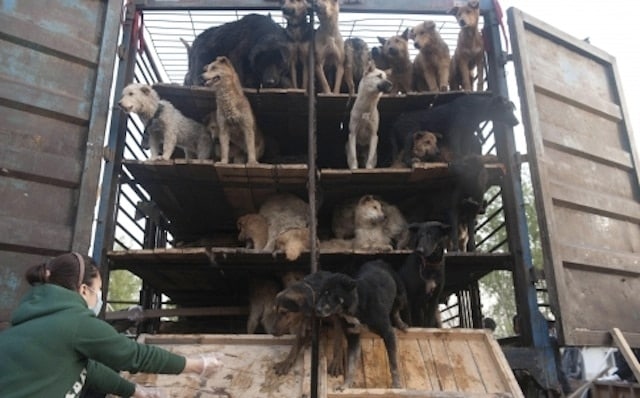 In a series of unfortunate events, a dog meat vendor in China’s Hunan province died after shooting himself in the leg with a poison dart.

The crossbow dart was originally intended to kill Liu’s next victim, a dog. But while showing his street gang how to operate the crossbow, he negligently discharged the bolt into his leg, resulting in his fatality. 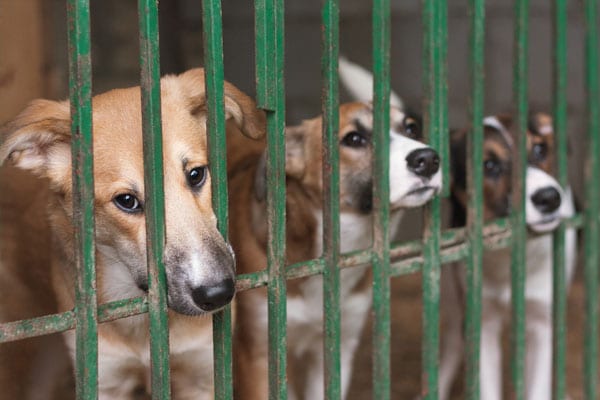 Many pups are indecently captured and killed to feed the supply of dog meat in China.

Five other members of the gang later confessed to killing over 1,000 dogs, then freezing their meat in hopes of fetching a high price when the market was right.

The ingesting of dog meat is believed by some in China and other various parts of the world to dispel evil spirits and diseases, as well as boost the male libido.

An increasing number of passionate animal enthusiasts have publicly protested to end the local dog meat festivals, even going so far as to petition the White House earlier this year to intervene at a festival in Guangxi.

This tradition spreads past the province of Hunan, spilling into the Zhejiang, Guangxi and Guangdong province, where the prosperous city of Dongguan is known to be a frequenter of dog meat consumption.