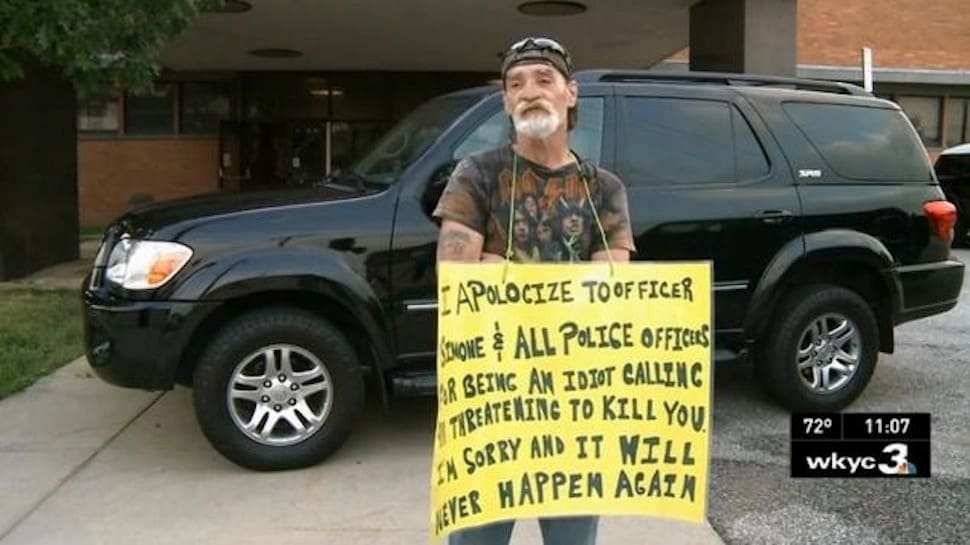 Richard Dameron was forced to wear an “idiot sign” after he called 9-1-1 and threatened cops.

Harkening back to the days of public shaming, a Cleveland judge ordered a man to wear an “idiot sign” as punishment for his drunken stupor.

Cleveland Municipal Court Judge, Pinkey Carr, handed down the unorthodox, yet effective, punishment to 58-year-old Richard Dameron, who was arrested after drunkenly calling 9-1-1 and threatening to kill police officers. To make matters worse, he also skipped out on his required court appearance.

The sign reads, “I apologize to Officer Simone & all police officers for being an idiot and calling 9-1-1 threatening to kill you. I’m sorry and it will not happen again.” 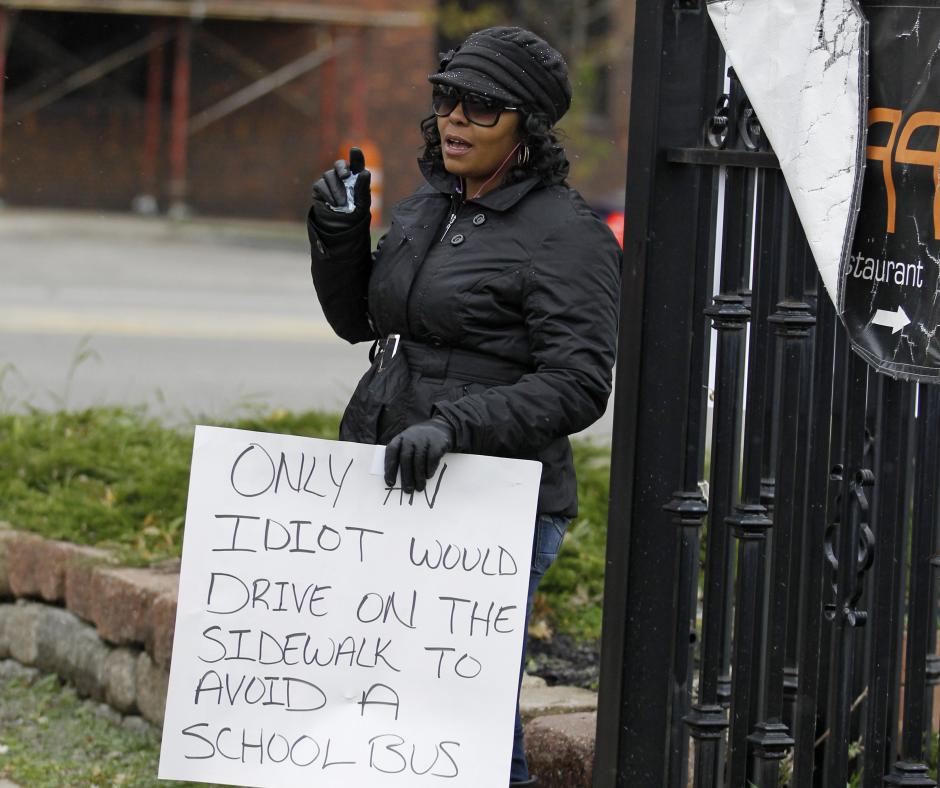 32-year-old Shena Hardin was also ordered to wear an “idiot sign” after she drove on a sidewalk to pass a school bus.

Dameron has been ordered to visibly wear the sign for three hours every day, for one week, starting Monday. Dameron felt the sign was an accurate portrayal of his actions, telling WKYC that he was intoxicated while making the calls.

“I was under the influence of alcohol, very deeply into it,” he said. “We just got to rambling, acting like fools. I do feel bad about it, ‘cause the man’s never done nothing to me.”

Judge Carr is obviously an advocate for unusual punishments, having used the same method last November when a 32-year-old Shena Hardin drove on a sidewalk to pass a school bus.

Her sign read, “Only an idiot would drive on the sidewalk to avoid a school bus.”