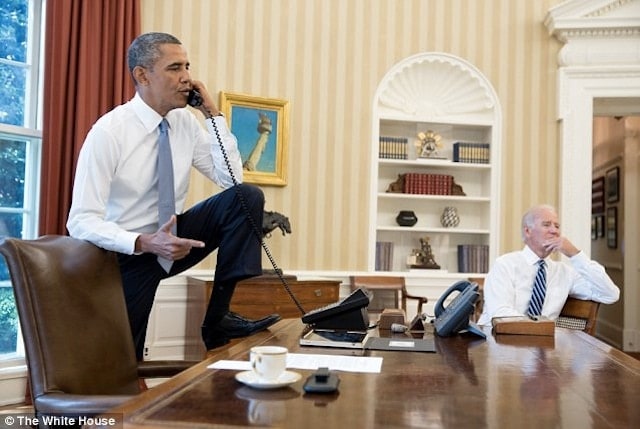 “And then I was like, ‘Pew! Pew! Pew!’ and I got bin Laden,” Beckett Adams, a writer for Glen Beck’s news site, The Blaze, jokingly said about this picture.

President Barack Obama’s lackadaisical pose has spurred public outcry. The photo shows the president with his foot propped on top of the Oval Office desk, a piece of furniture with a special lineage.

Britain’s Queen Victoria gifted the desk in 1880, and what’s more, it was constructed from the wood of a sunken Arctic Rescue Ship, the HMS Resolute.

As talks of putting boots on the ground in Syria spreads, many have found the photo to be disrespectful, especially in light of the current climate.

But President Obama isn’t the first in his long line of predecessors to be caught in an awkward photo.

Former President, George W. Bush also received flak when he rested his feet on the desk. 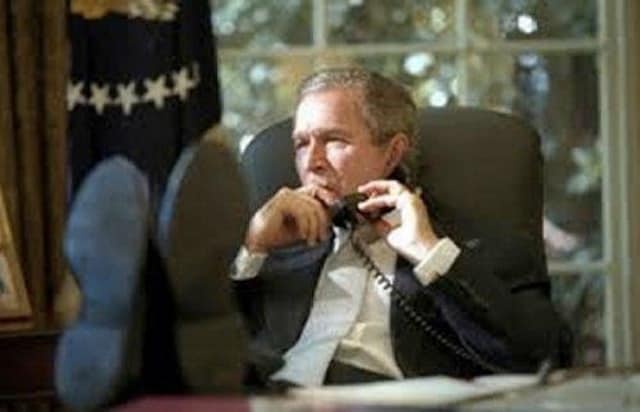 Former President, George W. Bush, was also caught with his feet on his desk. 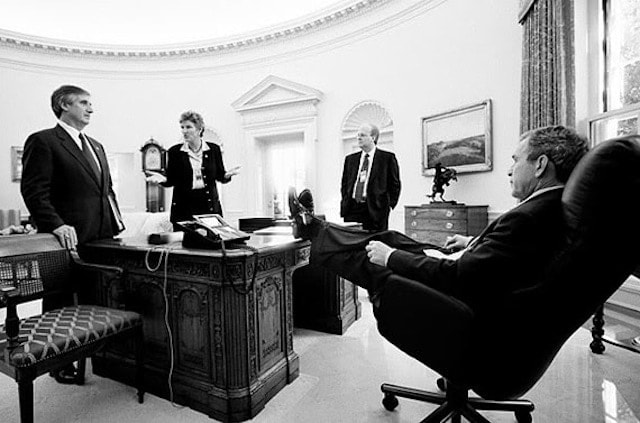 Former President, George W. Bush kicks his feet up after a long day of work.