Adolf Hitler’s haughty swastika ring to be auctioned for $100,000 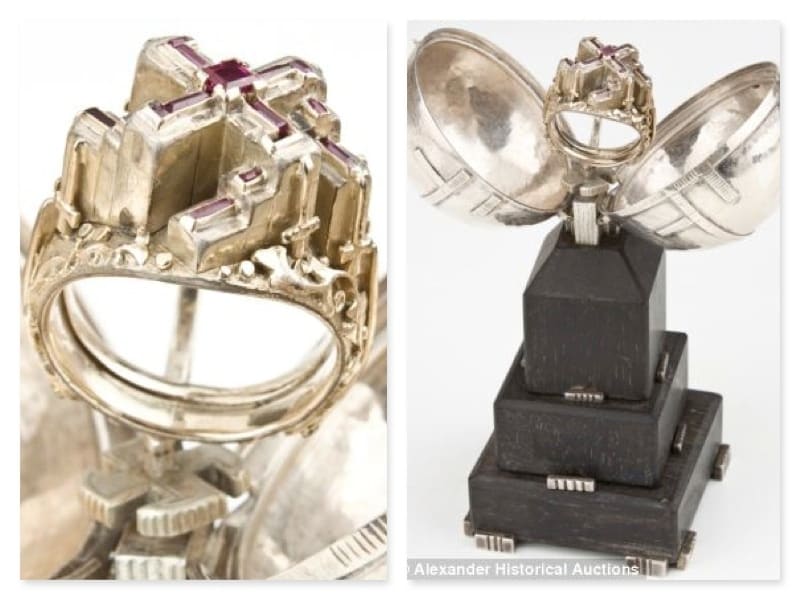 The ring, made of gold-plated silver, was encapsulated in a silver orb that rests on an ornate foot.

A rare and gaudy Adolf Hitler piece is going up for auction next week and is expected to fetch nearly $100,000. Made of gold-plated silver and encrusted with rubies, this swastika-baring bling-ring was once owned by der Fuhrer himself nearly 75 years ago, though it was never confirmed if he actually wore it. 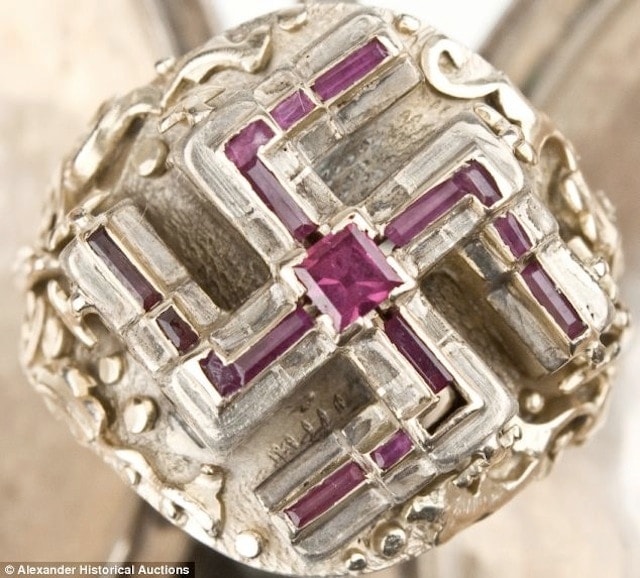 The swastika was embedded with rubies.

The Alexander Historical Auctions House in Maryland will be offering the ring for auction, which comes with verifying documents that testify it was indeed made for Hitler.

Master goldsmith, Karl Berthold, was a fanatical Nazi who kicked Jewish craftsmen out of his business in Frankfurt shortly after the regime came to power in 1933, years before laws forbidding them working came into affect. 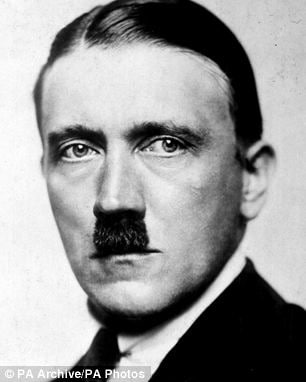 The ring was verifiably made for Adolf Hitler, though it was never confirmed if he wore it.

Berthold wrote to Hitler, explaining how he fired the “Bolshevik-Jew servants” and that he was commissioned by a party functionary to make the ring for him.

American troops discovered the ring in 1945 in Berchtesgaden, Hitler’s mountain retreat in Bavaria.

One lucky soldier quickly pocketed the ring as a souvenir before selling it later on. The ring has changed hands by several collectors over the years, the last of whom died two years ago and whose grandson is now putting it up for auction.

The Alexander Historical Auctions House is renown for selling Nazi memorabilia. Three years ago, it sold the diaries of Auschwitz “Angel of Death” Josef Mengele, the camp doctor who conducted abhorrent medical experiments on prisoners.