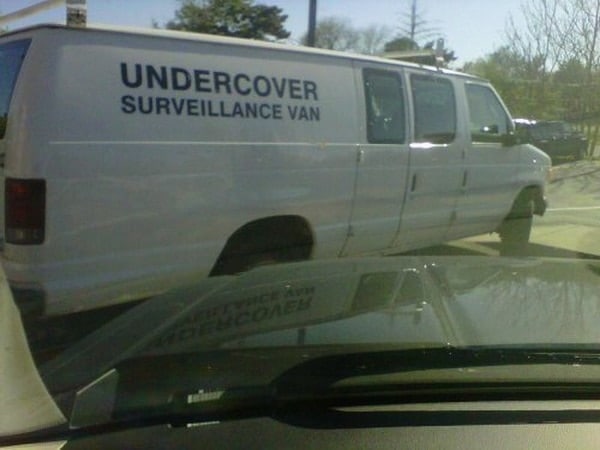 Since the NSA no longer needs these sweet surveillance vans to spy on the U.S. people, they’ve all been flipped.

The National Rifle Association filed an amicus brief on Wednesday backing the American Civil Liberties Union lawsuit challenging the federal government’s massive phone-record collecting program that virtually tracks all the phone calls made in the U.S.

The ACLU’s lawsuit was filed back in June after former NSA computer specialist Edward Snowden leaked information about the surveillance program, which according to government officials, collects phone numbers, call times and call duration but not the contents of the conversation.

The NSA further alleges that it only “queries” the database approximately 20 million times per month or 600,000 times per day — a supposedly limited number of queriers that are all relevant to national security.

To justify this big brother approach to public safety and national security, the NSA pointed to Section 215 of the Patriot Act, which permits the government to collect records “relevant” to terrorism.

But the NRA argued that the government is misinterpreting Section 215 and therefore exceeding the congressional authority the Patriot Act establishes.

“Under the government’s reading of Section 215, the government could simply demand the periodic submission of all firearms dealers’ transaction records, then centralize them in a database indexed by the buyers’ names for later searching,” the NRA wrote.

Rep. James Sensenbrenner (R-WI), one of the original authors of the Patriot Act, has validated this claim regarding the NSA’s overreach in his own amicus brief.

“The defendants attempt to justify their practice of collecting the records of every telephone call made to or from the United States, including purely domestic calls, by claiming that Congress intended to authorize precisely such a program,” according to Sensenbrenner’s brief. “But Congress intended no such thing.”

While President Obama and Army Gen. Keith Alexander, the NSA’s director, have taken steps to defund the program, that’s not enough for the ACLU or the NRA.  They want the government to completely halt the program, declare it illegal and destroy all the call records — none of which the Obama administration seems inclined to do at this point in time.

What’s fascinating about this particular lawsuit, known as American Civil Liberties Union et al v. Clapper et al, U.S. District Court, Southern District of New York, No. 1:13-cv-03994, is the strange bedfellows it has created.  Not only the ACLU and the NRA, but it’s also united the following news organizations: Bloomberg, Fox, National Public Radio and The New Yorker, among others.

“Americans from across the political spectrum value individual privacy,” said Jameel Jaffer, one of the ACLU lawyers on the suit. “The philosophical roots may differ, but I think that is a widely shared American value.”