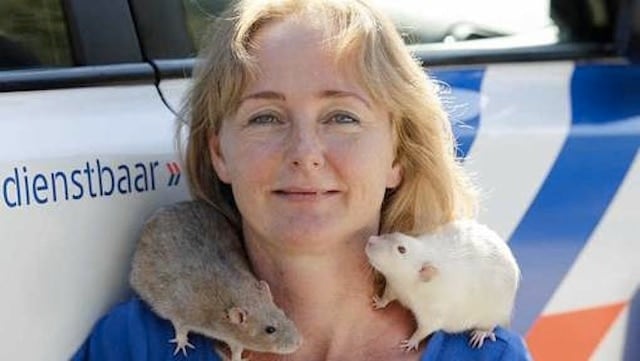 Trainer Monique Hammer with her ​​rats. The police will use the help of the rats in the investigation of shooting incidents. The animals seem well suited for this, as evidenced during a trial period. © Reuters.

Dutch police have recruited the aid of the foremost detectives in sniffing out gunshot residue: brown rats.

These 10 rats are being trained to help the forensic firearms experts more quickly find the trail of gunshot residue.

They have a highly developed sense of smell, and according to police spokesman Ed Kraszewski, they’re also a lot cheaper to train than dogs. 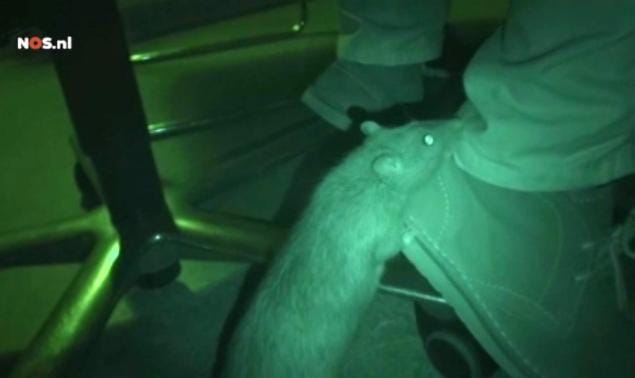 A rat sniffs out gunshot residue during a training exercise.

“If we have a suspect, the forensic expert takes the residue from the hands and the rats can tell in a few seconds if it’s from a gun,” Kraszewski told Reuters.

This is a huge leap from the several hours it normally takes to process the residue.

Officers will place the sample behind one of several holes cut into a box. If the rat detects residue, it will scratch at the corresponding hole, and the experts later verify the sample is positive.

But gunshot residue isn’t the only thing these rodents can sniff out. Other countries have already utilized rats to sniff for landmines.