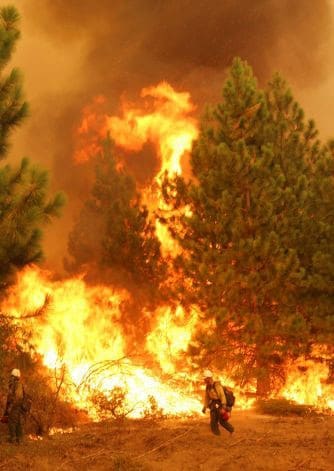 All it takes is a single spark. (Photo credit: U.S. Forest Service)

Authorities announced Thursday that they now believe the Rim Fire, California’s fourth largest wildfire, was started by a hunter’s illegal campfire that spread out of control, despite previous unsubstantiated rumors that it was started by a marijuana growing operation.

The blaze started on Aug. 17 and has presently destroyed over 237,000 acres, including areas within Yosemite National Park, as well as 111 structures and 11 homes. The fire has also threatened the Hetch Hetchy Reservoir, a vital water supply for millions in the Bay Area. So far, fighting the massive wildfire has cost $72 million.

Authorities revealed that while they have known from the beginning that the fire was started by a person and originated deep in the wilderness of the Stanislaus National Forest in an area known as Jawbone Ridge, they have now identified the hunter who they believe is responsible. And while hunting in the area is not illegal, having campfires is, due to the high risk of wildfires during the hot, dry summer months.

The hunter’s name and other details of the pending investigation have not been released, nor have authorities revealed whether or not the hunter will face any charges. If charges are to be filed, it will likely be considered whether the campfire was intentionally let out of control or whether the hunter acted in a reckless, irresponsible or negligent manner.

“How much should he [the hunter] be worried? A lot,” said attorney Kyle Graham, who is a former national park ranger and now teaches law at Santa Clara University.

According to both state and federal laws, government agencies have the power to collect the costs associated with putting out the blaze when the person who sets the fire did it in either a deliberate or negligent manner. 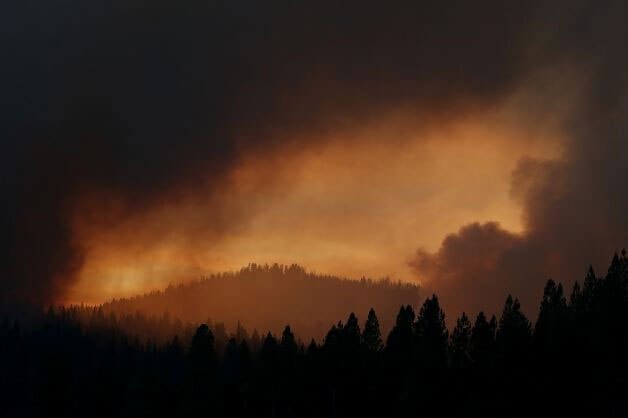 In fact, legendary singer Johnny Cash was apparently the first person to be sued for starting a wildfire. He was billed $125,000 back in 1965 for a fire he was deemed responsible for starting in Los Padres National Forest.

He had apparently gone on a fishing trip when his truck got stuck in the sand. An oil leak coupled with the heat from the exhaust pipe caught dry grass on fire and started the blaze which burned 508 acres and killed nearly every endangered condor that was living in the area, to which Cash allegedly replied, “I don’t give a damn about your yellow buzzards.”

Tuolumne County District Attorney, Michael Knowles, released a statement which said, “The devastating impact on our beloved forests and the communities within Tuolumne County demands, deserves and has been receiving the strictest scrutiny of this incident at all levels.”

“This is big. That’s unusual,” Mark Heally of the U.S. Forest Service stated. “It’s not unusual for hunter’s fires to start, to get lose. Any campfire has the potential to get away from them.”

Deer hunting is popular in the area this time of year, as archery season goes through this weekend before rifle season begins. Under normal conditions, hunters are allowed to camp out in the Stanislaus National Forest for up to three weeks at a time.

The blaze continues to burn, but is now about 80 percent contained with more than 5,000 firefighters still fighting to control the wildfire. It is expected that it will not be fully extinguished until Sept. 20. However, once the fire is put out, the area is expected to smolder for several more months until the rainy season begins.