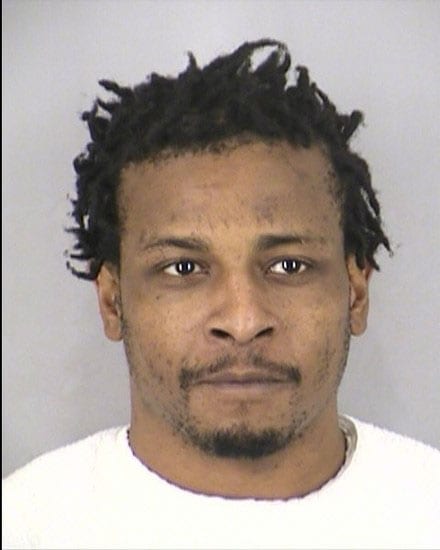 Despite being arrested nearly 30 times in just over 10 years, Christopher Robinson, 30, never broke his drug addictions, which most recently was to methamphetamine.

A Kansas City homeowner fatally shot a man who broke into his home early Wednesday morning. Apparently the suspect had been on an early-morning crime spree, which included vehicle theft and assault, before he kicked his way into his last home.

The homeowner, who does not wish to be identified, was awakened when he heard loud banging noises come from the garage, directly below his upstairs bedroom. He grabbed his shotgun and went to investigate, while his wife and 18-month-old baby hid in the bedroom closet and called 911.

As he made his way downstairs, the homeowner discovered that the suspect, 30-year-old Christopher Robinson, had kicked his way in through a door in the garage. Once Robinson saw the homeowner, he came at him while holding a screwdriver and a set of pliers. A scuffle ensued and Robinson attempted to take the shotgun from the homeowner, but the homeowner wouldn’t have it.

Robinson finally yelled, “I need your car. The police are after me!” and grabbed the homeowner’s car keys from the kitchen counter. He then ran into the garage as the homeowner followed him, still clutching his shotgun.

Robinson got into the car and reached into his pocket. The homeowner, fearing that he was reaching for a gun, then fired two shots at Robinson, fatally striking him.

Police arrived minutes later and discovered Robinson dead in the driver’s seat of the car with the door still open.

Robinson was no newcomer to criminal activity either. In fact, he had been arrested at least 28 times in Kansas City since 2002 for charges that include aggravated assault, criminal damage to property, resisting arrest and battery of a law enforcement officer.

Robinson’s father, who told the Kansas City Star that his son had struggled with drug addiction for the past 15 years.

“He was a good kid. He would help anybody, but the drug problem got the best of him,” he said. He also revealed that Robinson had a 9-year-old daughter.

Robinson’s father said that he had always hoped that his son’s run-ins with the law would garner enough attention to help him break the cycle of addiction, but it didn’t.

“They could see he was a problem,” he said. “It was a revolving door, and there wasn’t nobody doing nothing.” 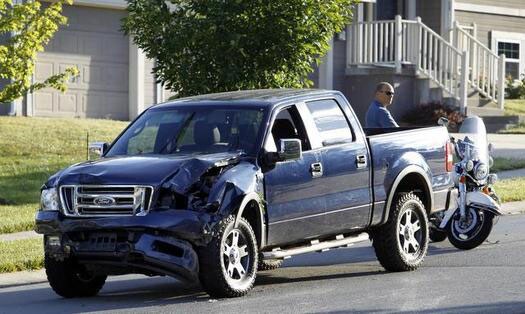 Robinson stole at least three vehicles and broke into two homes the night he was killed. (Photo credit: The Kansas City Star)

And apparently Robinson had been involved in a whole slew of criminal activity on the morning that ended in his death. At least one of his victims was left wondering if he was high due to his bizarre behavior. For example, at one point while trying to steal a work van from Vince Frew, he picked up a cell phone charger which was located in the car and pointed it at Frew as if it were a gun.

The crime spree started when Robinson stole a vehicle earlier that morning, only to crash it. He then broke into a nearby home and when police surrounded that house, he jumped into a car parked in the garage and bolted out, tearing through the garage door and nearly running over two officers standing on the driveway.

But he crashed that vehicle too, so then he went to a grocery store parking lot and carjacked a man in a pickup truck. A short police chase followed where he eventually – again – crashed that truck. Robinson then fled from the truck and came upon Vince Frew, who was sitting in his work van in his driveway. Robinson demanded the keys but Frew insisted that he didn’t have them on him, that he had only quickly walked outside to put something in the van. After a short argument between the two and some erratic behavior from Robinson, he finally ran away when Frew started to come at him and cuss him, fed up with his behavior towards him. After Robinson started to walk away, Frew went inside his house and returned outside armed with a gun, but Robinson was nowhere to be seen. A few seconds later, Frew heard a gunshot nearby, then a second. Frew later discovered that those shots were the fatal shots that took Robinson’s life just a couple of houses down.

Another neighbor, Gina Smeja, who has live there for four years, said that they have never had problems in the neighborhood until last week when cars started getting broken into.

Smeja also said that she intends to start a neighborhood watch program. “I’m sure everyone’s going to be on board with it now,” she said, also noting that almost everyone in the neighborhood is armed.

“He picked the wrong neighborhood,” she said. 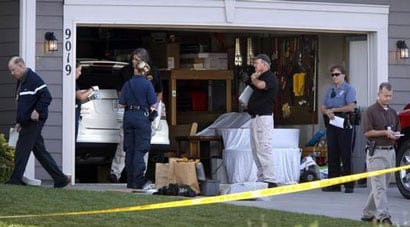 Officers carefully examine the garage where Robison was shot and killed after breaking into a home and attempting to steal a fourth vehicle in a single morning. (Photo credit: The Kansas City Star

Robinson’s father said that, although he is upset over the death of his son, he understands that the homeowner had to protect himself and his family. However, he questions the homeowner firing two shots instead of just one.

“I could see him shooting out of fear with the first shot,” the father said. “But that second shot, that’s between him and God.”

Jim Roberts, spokesman for the Clay County Prosecutor Daniel White, said that “it is very unlikely charges will be filed” against the homeowner.