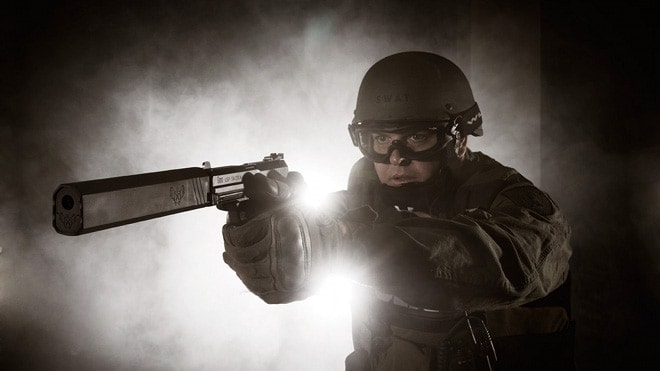 SilencerCo has been recently written up by Inc. Magazine for their “Inc. 500: Fastest Growing Companies – Best Run, Most Innovative, Most Inspiring.” Clearly, suppressors are selling well.

“To be recognized as one of the Top 500 Fastest Growing Companies in America is incredibly humbling,” said Josh Waldron, SilencerCo founder and CEO, to Inc. “We built this company from the ground up with just a few employees in 2008 and today we have over 75 employees and in 2012 did over $6 million in revenue. We are living proof of building and living the American dream.”

SilencerCo cites their dedication to silencer education as the key to their success, although it’s not like they don’t make a good product, either. Frankly, it was a matter informing people that silencers are legal in most of the country and that they’re effective safety devices.

Waldron began his career in the NFA market as a shooting enthusiast more than anything else. Prior to SilencerCo, he was a prominent photographer who just liked shooting suppressed firearms.

“We [Waldron and SilencerCo partner Jonathon Shults] started seeing flaws and problems with our silencers. We also noticed that silencer companies had horrible customer service and marketing, including 1990s-style websites. I thought, I could own this market. In 2008, Jonathon and I raised $65,000 from friends and family, got a lease on a garage in West Valley City, Utah, and made a down payment on manufacturing equipment. In 2009, we launched our first product, the Sparrow, a silencer for .22 caliber rifles.”

“I jumped on a plane and flew to all 39 states where silencers are legal to meet with dealers,” said Waldron. “We ended up taking so many preorders that we sold out our first batch of 200 silencers before they had even been made. The first year, we sold 750 Sparrows. Soon after, we developed and released our next product, the Osprey, a silencer for handguns.”

“Back then it was kind of taboo. For two years, I continued to get calls from magazine editors looking to hire me for photo shoots. Many of them were surprised — and even shocked — to hear that I was manufacturing silencers. Hollywood has created the idea that only bad guys use silencers. But they’re really hearing-protection devices. If you don’t know that, you think, Wow, those are illegal. One of the ways we’ve increased market share is by educating consumers about the legality of silencers.”

While the company started out with a single product, today SilencerCo makes a spread of premium suppressors including the recently-introduced Saker, an advanced silencer that features improved performance and a modular design.

They have also recently updated their original product, the Sparrow, with a variant called the White Sparrow. As a show of thanks, they’re offering to refurbish and upgrade any original Sparrows to the new design for a minimal charge.