A high-speed car chase ended after police rammed the suspect’s vehicle, engaging in an intense firefight. 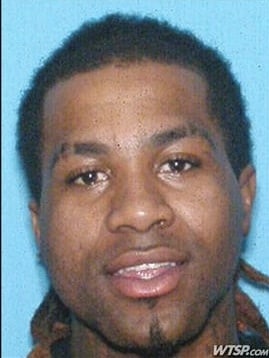 24-year-old, Charlie Christopher Bates, went on a violent rampage before engaging in a shootout with police.

Police were pursuing 24-year-old Charlie Christopher Bates, believed to have committed several home invasions and sexual assaults. The officers rammed Bates’ vehicle, sending it careening off the road and skidding to a stop.

Hot on his trail, the officers aggressively stopped their vehicle just feet from Bates, both parties still inside their cars.

A firefight between the officers and Bates ensued and shortly after 12:30 pm on Friday, the suspect was pulled from his bullet-riddled vehicle; he was badly injured.

Bates died at a local hospital less than an hour after the first shot rang out.

Earlier on Friday, police had identified Bates as the prime suspect in a home invasion near the University of South Florida.

He entered another apartment where approximately two dozen people were attending a football party. Bates forced everyone into a single bedroom, holding them at gunpoint and firing at least one shot into the ground. 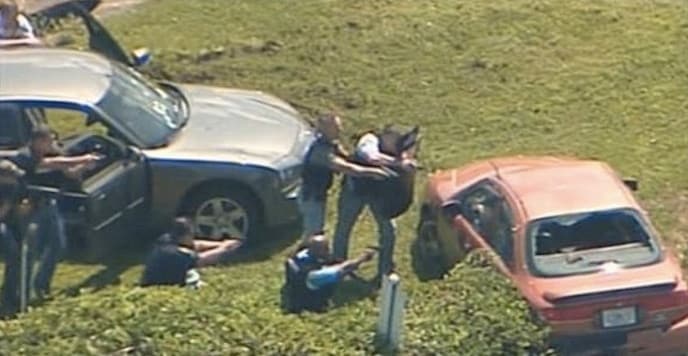 The officers who rammed Bates’ vehicle used a bullet-proof riot shield to approach the car.

Taking to the outside, Bates chased a man who fled to his apartment and closed the door. Police reported Bates fired at least three shots at the man during his foot pursuit, one of which struck the closed door. Nobody was injured.

With Bates running rampant, 17 nearby schools put their campuses on partial lockdown.

Tampa Police reported Bates had a history of crime and was a suspect in home invasions from August 9 and September 3.

On August 29, Bates allegedly forced a woman who was sitting on her porch into her apartment at gunpoint, ordering her to undress.

The woman remained calm during the crisis, reciting Bible verses and praying for Bates, who changed his demeanor, apologized and gave her a shirt to cover herself.

They prayed together and after the woman ripped pages from her Bible to give to Bates, he left her apartment, but not before cutting himself on a piece of glass. Police were able to analyze Bates’ DNA, linking him his most recent crime scene, authorities say.