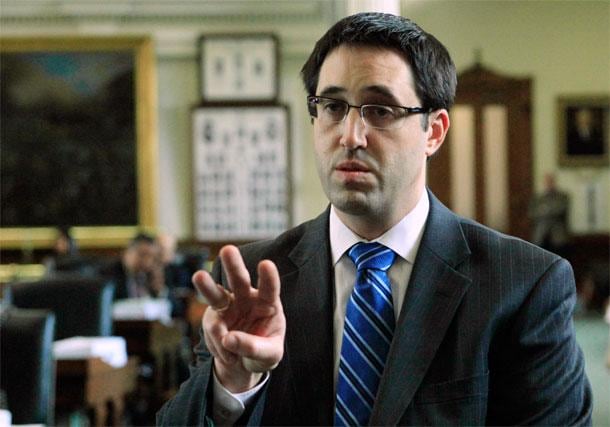 With a little work, Sen. Glenn Hegar could look like the handsome Texas governator Rick Perry.

Taxes suck!  That’s rather obvious.  What may be less obvious though is that there are ways to avoid paying them.

No, I’m not referring to illicit ways to cheat Uncle Sam, e.g. offshore accounts, under the table dealings, underreporting income, etc. Rather, I am referring specifically to government-approved tax holidays which allow consumers to avoid paying sales tax for a limited time.

Last week, state Sen. Glenn Hegar (R-Katy) announced his support for a tax-free weekend for sportsmen and gun owners leading up to the fall hunting season.  The holiday would be known as the “Back to Hunt” tax-free weekend, a clever riff off of the “Back to School” theme.

In a press release, Hegar spoke about how the holiday would be a boon to local businesses and the hunting and fishing communities.

“It is my hope that this ‘Back to Hunt’ tax-free weekend will provide relief to Texas hunters and fishermen as they pass along their love of the sport to a new generation,” Hegar said.

Hegar is currently running for Texas Comptroller of Public Accounts.  Consequently, some may see his announcement as a political ploy to gain favorability.  Though, to his credit, this is not the first time he’s proposed the idea.

In 2011, during the 82nd legislative session, Hegar drafted Senate Bill 1411 which would have created a weekend long tax exemption for certain firearms, hunting equipment, ammunition, and firearm or hunting accessories.  However, for whatever reason, the bill failed to gain traction in the Legislature.

Yet, despite its failure to make it through the Legislature, Hegar would like to one day make it a reality.

“Texas is a great place for men and women who love the great outdoors,” Hegar continued in the press release. “A ‘Back to Hunt’ tax-free weekend will help us pass along our values, heritage, and belief in our 2nd amendment rights to future generations, just as my dad and grandfather passed along to me when I was a youth.”

Louisiana and South Carolina are two states that have approved “Back to Hunt”-type tax holidays.

In Louisiana for example, which has the “Louisiana Second Amendment Weekend Sales Tax Holiday” on dates Sept. 6 through Sept. 8 exempts the following items:

To the question on whether it has an effect on local businesses, well, that certainly appears to be the case.

“It’s by far our biggest weekend,” the manager of Bowie Outfitters in Baton Rouge, Louisiana, David Reynerson told Bayoubuzz.com. “We don’t do layaways, except for this weekend, and we take special orders just because we know we can save our customers money.”

“It’s that big for us, twice as big as Christmas,” he added.

C.J. Hebert at Hebert’s Guns in Prairieville echoed those thoughts, noting that his store is well-stocked for the weekend.

“We had no idea this would be such a big hit,” he told Bayoubuzz. “We have to stock up on Browning safes just to have enough for everyone to take advantage of this tax-free break.”

So, if you live in Louisiana or you live in South Carolina or any other state with a similar holiday, you should take advantage of the tax break this weekend.  If you live in the Lone Star State, well, you should get on the phone and contact your local state reps. and senators and tell them that you want Texas to create its own tax-free weekend.

Here is a link to help identify your elected officials, courtesy of the NRA-ILA.