Two quick thinking Texas teenagers helped saved a young woman’s life after they noticed her signs of distress and called 9-1-1. 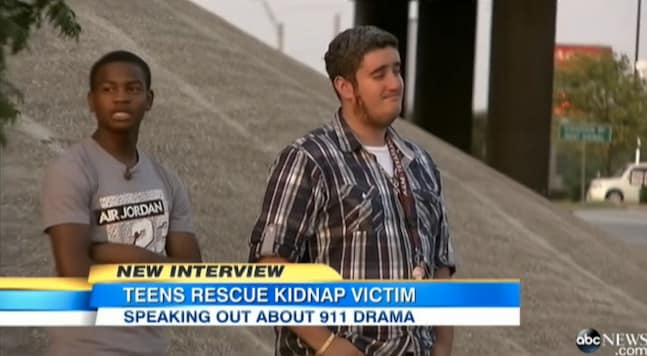 17-year-old Jamal Harris and 19-year-old Aaron Arias noticed a woman in distress as they were on their way to pick up a friend from work.

As 17-year-old Jamal Harris and 19-year-old Aaron Arias were on their way to pick up a friend from work, they noticed an “attractive” female in the back seat of the car in front of them. Their flirting quickly changed to concern when the woman looked back at them with desperation in her eyes and mouthed, “Help me.”

Police said the driver of the vehicle, 37-year-old Charles Atkins Lewis, abducted the victim after she left a party, striking her on the head with a pistol and forcing her into the car at gunpoint.

“We finally made eye contact, and I could see the serious expression on her face, and I could read her lips and she way saying, “Help me,” Harris told Good Morning America.

The teenagers quickly called police and followed Lewis, while relaying information to dispatch.

Lewis, noticing he was being followed, sped away as the kidnap victim pounded frantically on the back windshield. But Harris and Arias were determined to help, following the vehicle down highway 175 for approximately half an hour. 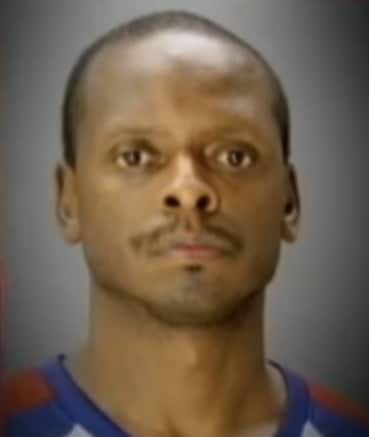 Thirty-seven-year-old Charles Atkins Lewis abducted his victim after she left a party, struck her with a pistol and forced her into a car at gunpoint.

“They moved around a lot and sometimes they’d go really, really fast to where we could barely see them and then we’d catch up, and they’d go super slow,” Arias said.

The teenagers continued tailing Atkins as police closed in on their position.

“I was beyond excited, because I knew someone was going to stop them and the police would come and they were going to get them. And I just wanted to see it through,” Harris said.

Squad cars swarmed Lewis, who was arrested and charged with aggravated kidnapping. He remains in jail and his bond is set at $50,000. His lawyer stated Lewis was innocent until proven guilty.

The uninjured woman, elated to be freed of her captor, met her saviors with a heartfelt hug.

“I would describe it as the best hug I have ever gotten,” Arias said.