A Russian man confessed to murdering six of his co-workers last November, blaming the shooting rampage on his sexual impotence and claiming he did it to prove his masculinity.

Dmitry Vinogradov, a 30-year-old lawyer, entered the building through the main doors, carrying two hunting rifles – a Vepr-12 and Benelli-M3 – inside a large backpack. He walked past security and calmly headed into a bathroom, changing into military fatigues and dawning a tactical vest. 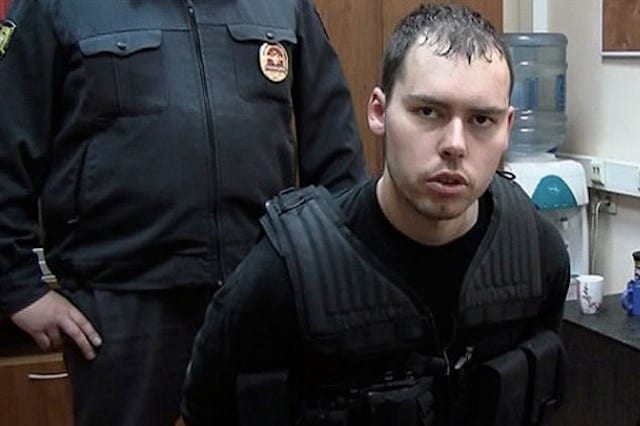 Dmitry Vinogradov, a 30-year-old lawyer, entered his office building with two hunting rifles and a change of clothes.

Kaznikova , who was also a cohort, was present as the shooting began and begged her boyfriend to lay down his arms. It was reported the suspect eventually allowed Kaznikova to escape without harming her.

Vinogradov confessed to the murders during the pre-trial investigation and told the court of how he began dating Kaznikova shortly after her employment with the company, Rigla, in the summer of 2011.

Explaining the root of his anger, Vinogradov told police he wanted to prove his masculinity to Kaznikova after a bout of sexual impotence.

“… Anna and I had our first sexual intimacy. But it was not a success because of my shyness and my sexual failure, which had happened to me previously,” Vinogradov said. 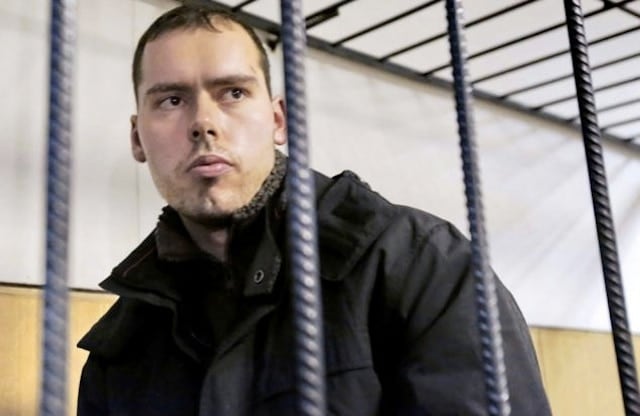 Vinogradov is now behind bars. His sentencing is scheduled for next week.

To overcome his feelings of inadequacy, Vinogradov turned to firearms, saying he “felt much more confident as a man.”

Eyes down and with a slow, apologetic tone, he told the court, “I want the victims to excuse me. I plead guilty to murder and attempted murder.”

“I did not want to kill anybody. I don’t understand how it happened. I felt bad for a year before that. Maybe I was born like this,” Vinogradov continued.

But the man responsible for mass murder wasn’t always violent.

Kaznikova, an insurance specialist, told the court how her boyfriend was once a “caring” man, but that he quickly turned “strange,” and then abusive. 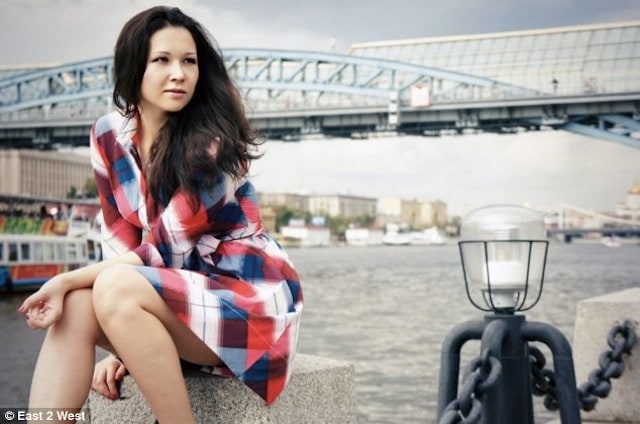 Vinogradov’s girlfriend, 27-year-old Anna Kaznikova, said her boyfriend was not always a violent man, going so far to saying he was once was kind and “caring.”

“Once when I was ill, [Vinogradov] bought a huge amount of medicine for me, all he could see in the pharmacy,” Kaznikova said. “He was absolutely normal then, he helped to carry my bags, and it was interesting to talk to him.”

After his sexual impotence came to light, however, Vinogradov sent his girlfriend an abusive text, and then harangued her at work with vicious emails.

In March of 2012, he got physical with Kaznikova, pushing her from behind.

The court determined Vinogradov to be mentally healthy, and he is due to be sentenced next week.