He served his country, and also his neighborhood. A former Marine was beaten to unconsciousness after he took on three attackers who were mercilessly beating a younger teenager. 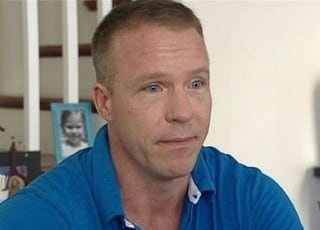 Former Marine, Wen Jones, stepped in to save the day when he saw a bullied teen in trouble.

The hero of the day, 43-year-old Wen Jones, launched into action when he saw 14-year-old Zion Wright getting beaten by three men. He saved the victim, but Jones quickly became the brunt of the brutality as the three attackers swarmed him.

As Jones fought now for his own safety, he lost consciousness.

“Everything kind of escalated very quickly and all of a sudden I was kind of in the middle of a melee,” said Jones. “It was not a situation I could just walk past.”

Wright’s father was also present and was struggling to keep the attackers at bay.

“I see that these guys were not backing down, and I literally had to keep them at bay, and then I looked up and here was Mr. Jones,” said Wright’s father, Leroy Wright.

When police responded to the scene, suspects Eric Deiter, Tyler Carswell, and Cody Roon fled, leaving Jones lying on the ground, bloodied and with broken bones.

Jones was transported to the hospital, where it was determined he had sustained a broken eye bone and was given several stitches across his face. 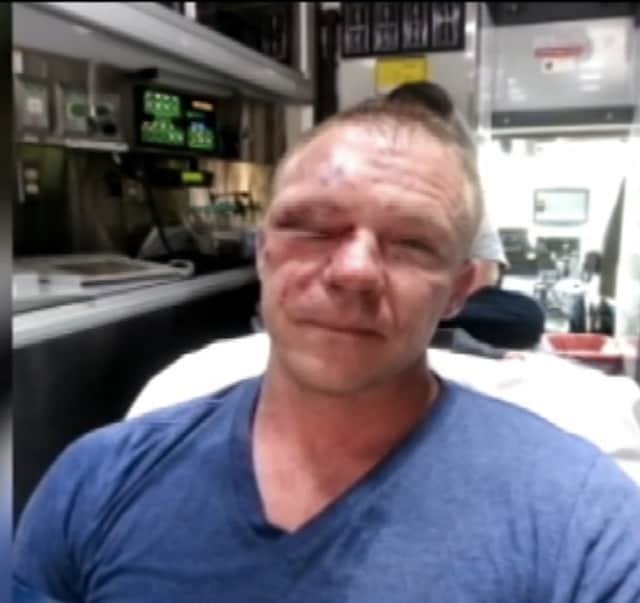 Wen Jones quickly became the brunt of the attack after he stepped in. 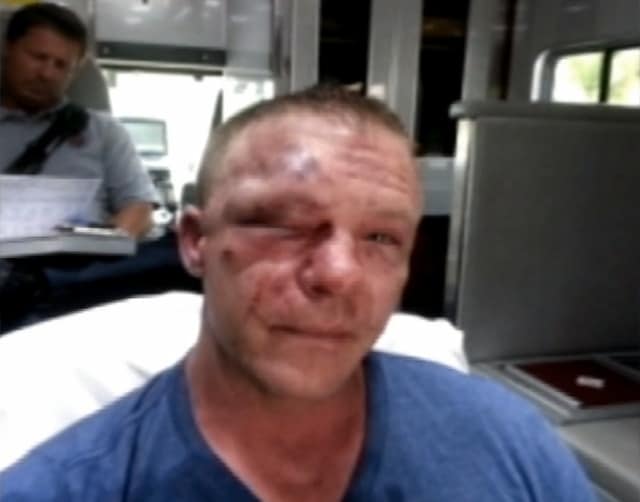 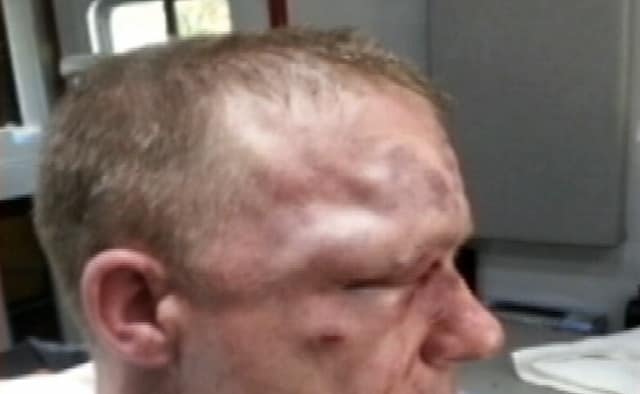 Regarding Jones, Leroy Wright said with much sincerity, “He deserves a purple heart. If he didn’t get one when he was in the military serving, he deserves one now., because he’s a true Samaritan.”

All three suspects were later arrested and charged with aggravated battery. However, those charges were upgraded to felonies in light of the severity of Jones’ injuries.