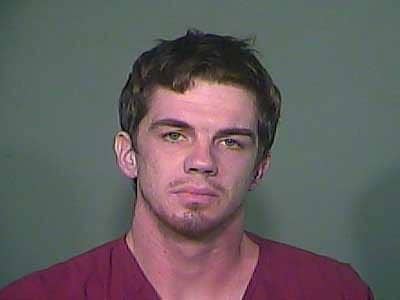 When a Powell, Tennessee business owner caught a suspected burglar attempting to break into his construction business last week, he fired three warning shots from his 12-gauge shotgun. Only at least one of those “warning shots” hit the suspect, sending him to the hospital a short time later and eventually behind bars, where he was already wanted on outstanding warrants.

According to Knox County investigators, it was around 4 o’clock in the morning when business owner James Lett saw 26-year-old Michael Johnson trying to break into his construction business.

After Lett fired the shots, Johnson fled the scene. At the time, Lett was unsure if he had hit Johnson or not. However, a short time later, a 911 call was received by Johnson’s aunt who reported that he had showed up at her house with a gunshot wound.

Johnson was transported to a local hospital and treated for the non-life threatening gunshot wound. Upon his release, he was booked into the Knox County Detention facility and charged with theft, criminal trespass, and burglary. In addition, Johnson had two previous outstanding warrants for unpaid child support and a failure to appear on a prior theft charge.

Authorities did not say whether they expected any charges to be filed against the business owner.

The state of Tennessee does have a Castle Doctrine Law which allows the use of deadly force against a person engaged in unlawful activity, such as breaking into one’s home. In 2008, the Tennessee state congress unanimously passed a law for the Castle Doctrine to cover businesses as well.

However, according to the law, in order for deadly force to be justified, there must be a “reasonable belief that there is imminent danger.” Some authorities believe that the force used to break into a home or business is enough to demonstrate ill intentions and imminent danger. However, also according to the state’s self-defense law, “Unless a person is justified in using deadly force as otherwise provided by law, a person is not justified in using deadly force to prevent or terminate the other’s trespass on real estate or unlawful interference with personal property.”

It is unknown whether Johnson was armed.