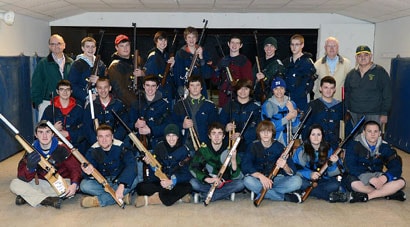 Some parents and students alike were disappointed when they received their Emmaus High School 2013 yearbooks about two weeks ago. Apparently, the school’s rifle team was nowhere to be found in the yearbook – no picture, no mention, no anything.

It’s as if the team simply doesn’t exist, despite last year the undefeated rifle team claiming the title of district champions, an enormous accomplishment that both parents and team members expected to be highlighted in the yearbook.

Chris Donatelli, whose son, Stephen, was on the school’s rifle team last year, along with two other disappointed parents, took the issue to the school board in a meeting Monday night.

“This board, this administration and the East Penn School District staff all claim they are here for the students,” Dontelli told the members of the school board. “I come to you tonight to ask that all put their money where their mouth is. Produce and provide to these students an amendment packet to the yearbook highlighting this tremendous accomplishment by they and their fellow students.”

However, Donatelli walked away with nothing more than what he came with. No one present could give him a reason why the team was excluded.

Following the school board meeting, Superintendent Thomas Seidenberger simply said, “This is a high school issue,” but offered absolutely no explanation as to what exactly that statement was supposed to mean.

Seidenberger also added that the rifle team has “routinely” won competitions for the last few years and that most high schools don’t even have rifle teams anymore. “We go hither and yon to have a shooting match,” he said.

Donatelli and the other parents then made an attempt to contact district director of athletics and student activities, Dennis Ramella, high school yearbook adviser, Andrew Moxey and yearbook photographer, Don Herb, in hopes that they would get some sort of answers.

Ramella told the parents that he was not involved in the production of the yearbook and that he simply makes arrangements for the teams to be photographed for the yearbook. Ramella also indicated that he did not wish to place blame on anyone for the exclusion.

“The rifle team is a part of the athletic department. We include them in everything. We include their accomplishments everywhere we can,” Ramella said. “In every sense of the word, it was an honest mistake. If you look at any school’s yearbook, you’re going to find errors.”

But parents continued to question whether it was truly just a mistake or an intentional omission.

Moxey indicated that the photo was left out because it was submitted too late, yet offered no explanation as to why there was still no mention of the rifle team’s championship accomplishments. Donatelli said, “Mr. Moxey, to date, has not come back with a satisfactory answer.” 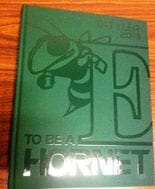 Was it simply an editorial error or was the team intentionally left out? (Photo credit: The Express-Times)

And Herb, the photographer, claims he handed over the photos at the appropriate time.

“I’m really upset,” he said. “I feel like I got thrown under the bus.”

Parents still don’t know if the team was simply left out of the yearbook because of an honest mistake or if it was intentionally left out because of the current national debate over gun control.

“I’d hate to think it would be that,” Donatelli said. “We’re just trying to get answers.”