New video has surfaced of the domestic dispute between George Zimmerman and his estranged wife, as well as a key piece of evidence which will help police determine if charges will be filed.

Raw dashcam video shows responding police officers ordering Zimmerman out of a truck and towards the sound of their voices.

In a high risk stop, normally conducted on known violent felons or those suspected to be in possession of a deadly weapon, officers order the suspect to advance backwards, facing away from police, with hands above their head. 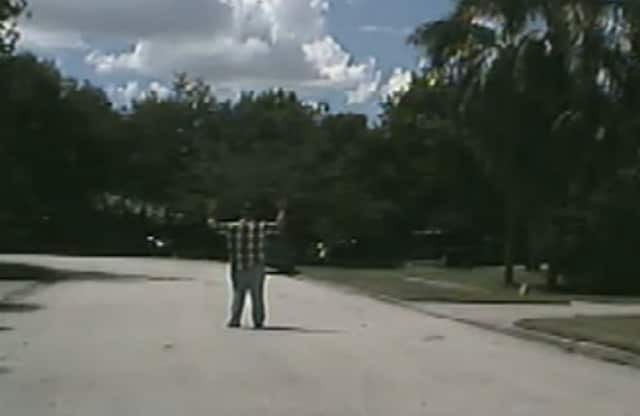 Officers order Zimmerman to advance towards the sound of their voice, while facing in the opposite direction.

As Zimmerman complied with their directives, he was ordered to his knees, and to cross his ankles, making it more difficult to quickly stand up, and safer for the approaching officer to handcuff.

Once handcuffed, Zimmerman was escorted to the back of a patrol car while other officers search the premises and conduct their investigation.

Another video, captured from a residential surveillance camera, shows much of the domestic altercation between Zimmerman and his soon to be ex-wife, Shellie Zimmerman.

But police say what may be the key to determining if charges will be filed against Zimmerman lies within the broken iPad belonging to Shellie Zimmerman.

Police have reason to believe the iPad contains video of Monday’s dispute at the Lake Mary house where the Zimmermans reside. Shellie Zimmerman told authorities he violently smashed the tablet, but George has a different story, alleging she used it as a weapon and struck him with it. 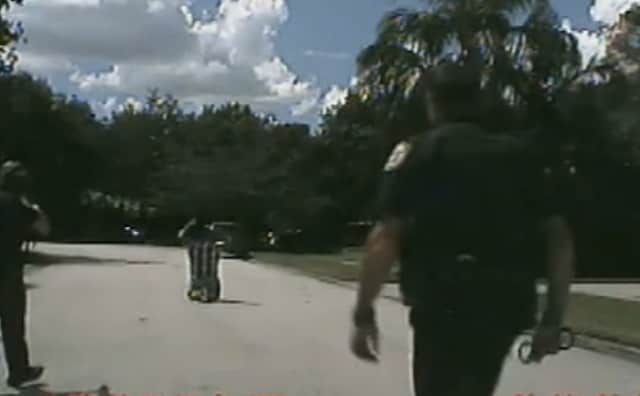 After Zimmerman is on his knees with his ankles crossed and fingers interlocked behind his head, an officer approaches to handcuff.

The police crime lab, now in possession of the iPad, says their chances of retrieving video from the broken device are “outstanding,” though the timeframe of when that might happen is still unclear.

“As of right now, we’re waiting on the iPad as the last piece of the puzzle,” Lake Mary police spokesman, Zach Hudson, said.

However, without concrete evidence, which may or may not be contained within the stored memory of the iPad, legal experts say the likelihood of building a case against Zimmerman is slim.

Much of what Shellie Zimmerman alleged has been discounted after she changed her story about her husband threatening her with a gun, and decided not to press charges.

“I think it’s severely limited if they can’t get anything form an eyewitness or video,” said Randy McCLean, a former prosecutor who now practices criminal defense and family law in central Florida. 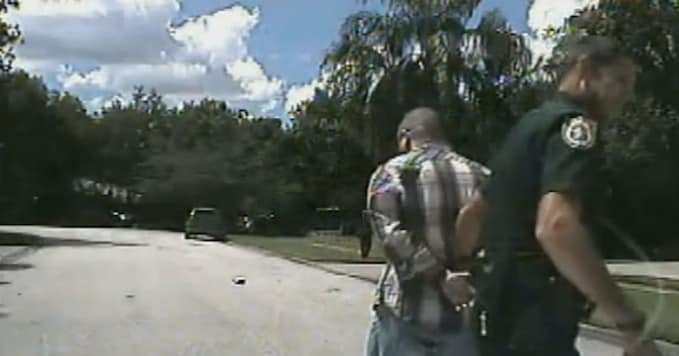 Once restrained, Zimmerman is escorted to the back of a patrol car while officers investigate the scene and conduct their interviews.

Zimmerman’s attorney, Mark O’Mara, said his client blames the arrest and subsequent trial on the disintegration of his marriage.

“Anything he does is going to be hyper-focused on and scrutinized,” O’Mara said. “Even though I may get away with a little speeding, he can’t. It’s unfortunate that this is part of the fallout from a case that never should have been prosecuted and he has to deal with this forever, and certainly right now.”