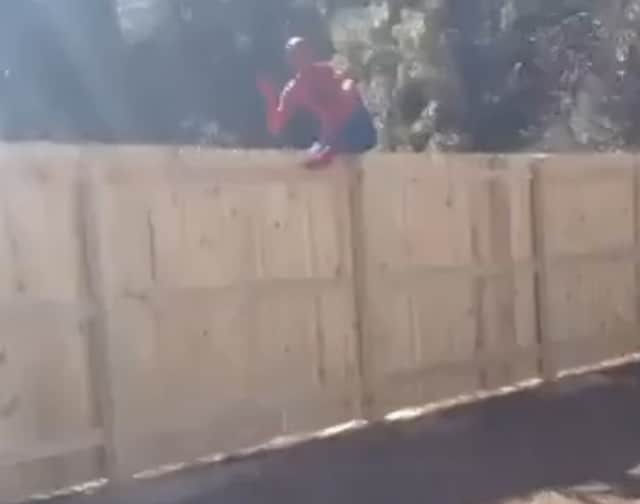 The soldier waits for his son to come outside before jumping down to meet him.

A Fayetteville, N.C., father returning home from Afghanistan reunited with his little boy in a heartwarming way.

Sgt. Jason Reynolds sat perched atop his backyard fence, donning a Spiderman costume, and waited for his son, Noah, to come outside before giving him a super heroic surprise.

Happy to see the web-head at his very own house, the boy ran to greet him with open arms, even before he discovered his secret identity. 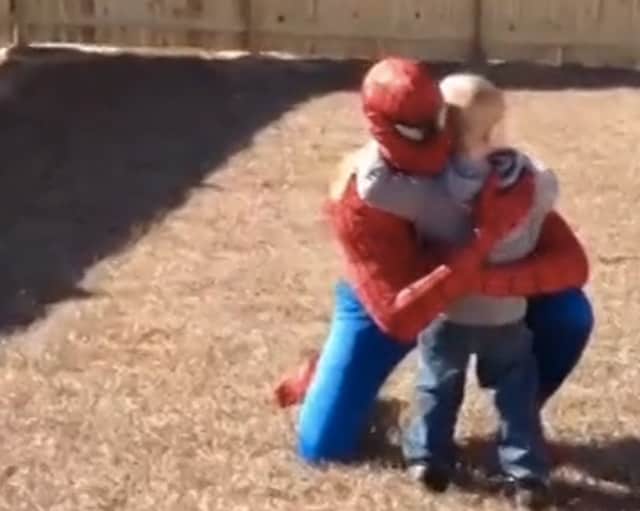 The boy was happy to see Spiderman in his very own backyard.

Spiderman removed his mask to reveal his alter-ego underneath, a soldier, a husband, a father – a hero both overseas, and at home.

Reynolds returned home on emergency leave for the birth of his daughter, but in the face of bringing new life into his family, wanted to make sure his son didn’t feel left out.

“I wanted to do something a little bit more special for him because of the newborn in the house,” he told WTVD. “I want to make sure he still understands he’s just as important as she is.” 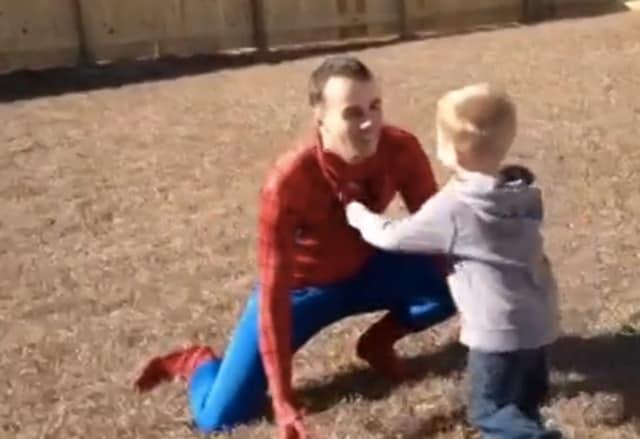 It takes the young boy a second to process what just happened, but when he realizes his dad is in front him, he rushes forward to give him a hug.

Elated to see his father, Noah rushed forward once again, embracing his dad in a loving hug, happily exclaiming, “Daddy, you surprised me!”

Having made quite an impact on his son, Reynolds said, “I’m pretty sure he actually believes I dress up as Spiderman to go fight the bad guys now.” 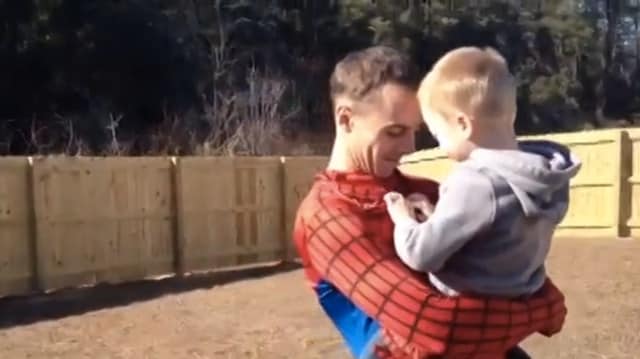 This soldier is a hero on many different levels.