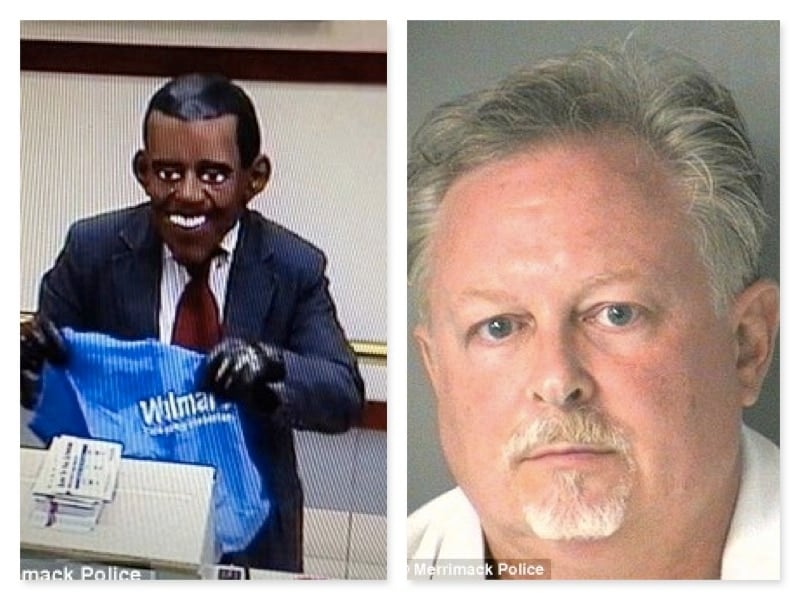 John Griffin thought he was pretty sneaky when he robbed a bank wearing an Obama disguise, but police quickly caught on.

A New Hampshire man was arrested after robbing a bank, while dressed like President Obama.

The man in question, 52-year-old John Griffin, was wearing a “full-face” Obama mask and matching suit and tie, when he walked into a Merrimack based Bank of America and demanded money from a teller.

Though he didn’t brandish it, Griffin was later determined to have been carrying a loaded semi-automatic pistol during the heist.

Cash in hand, Griffin took off on foot, but investigators were soon able to track him down and arrested the imposter robber without incident.

During his arraignment, Griffin assured the judge he was not a flight risk, and that he does not consider himself to be a dangerous person.

“I certainly don’t mean anybody any harm,” Griffin said.