**NSFW** Customer service call from hell: Man goes ballistic, threatens to “come over there with a machinegun” (VIDEO)

All the world’s hate and anger seems to have been pent up in one very upset man who has been on hold for nearly four hours.

In this customer service call from hell, an unidentified security systems company didn’t show up to their scheduled appointment, twice. The customer, livid at the company’s ineptitude, calls to complain. 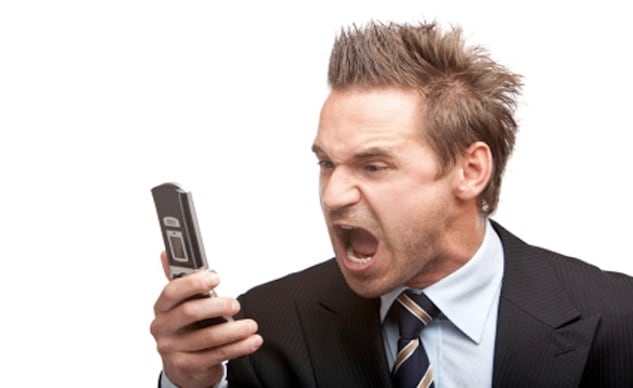 A hate-fueled rage monster went ballistic after not being to reach Michelle.

Responding to his original call, Michelle from the anonymous security company calls him back and leaves a message. But as it turns out, Michele has either gone home for the day or is ignoring his calls, because when the berated customer tries to get her on the phone, it’s a no go.

Having been bounced around their phone system for hours, this man is understandably upset. This call represents the pinnacle of human frustration, and he even says at one point, “Not to mention, I might go ballistic and come over there with a machine gun. I don’t have one, but I will go try and acquire one.”

The customer service agent handled himself exceptionally well, never raising his voice or fighting fire with fire. In the end, after demanding to be transferred without first being put on hold, and the customer service agent trying to explain the impossibility of that request, the man simply hung up the phone, saying that if ever called back again and reached the same agent, he needed to let him know.