Italian hitman misses his mark, runs out of bullets before he can finish the job (VIDEO)

The wounded target of an assassination attempt survived the coup de grace after his attacker ran out of bullets.

Police suspect 24-year-old Michele Morelli, of being the gunman responsible for the attempted murder of 31-year-old Mario Di Bari. 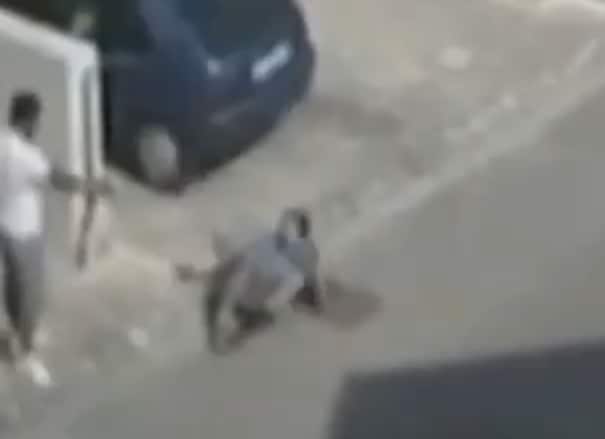 The assassin was prepared to perform the coup de grace, but ran out of bullets before he finish the job.

The attempt on Di Bari’s life took place in Foggia, Italy, after Morelli chased his mark down the streets of the Bicarri sector. In hot pursuit with gun drawn, Morelli opened fire with his semi-automatic pistol, shooting seven rounds, with one of them striking Di Bari in the leg.

Immobilized and writhing in agony, Di Bari lay wounded in the street as his assassin sauntered over to finish the job.

Hand outstretched and gun pointed at Di Bari’s head, the would-be murderer pulled the trigger, but nothing happened. Either Morelli’s gun jammed, or he ran out of ammunition, but he didn’t get to fire a fatal shot. Di Bari was spared.

Morelli is now in custody, though police have yet to establish a motive for the crime.