Retired Gen. David Petraeus, who served as director of the CIA and commanded the wars in Iraq and Afghanistan, was verbally accosted as he walked the streets of New York City on Monday. 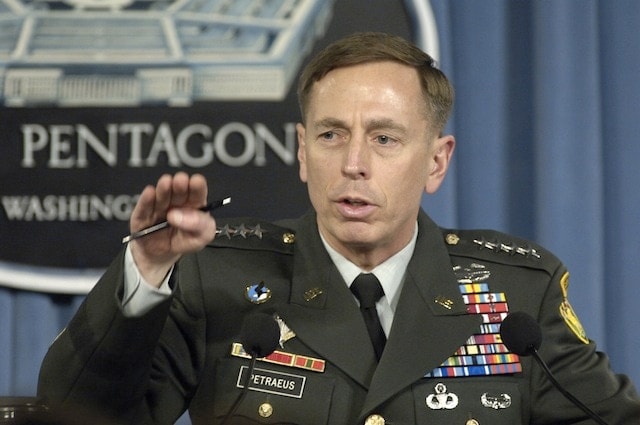 Retired General, David Petraeus, was director of the CIA and commanded the wars of Iraq and Afghanistan.

Petraeus was en route to City Univeristy New York, preparing to deliver the first lecture of a two part seminar titled “Are We on the Threshold of the North American Decade.”

CUNY faced a great deal of public scrutiny last July after the university agreed to pay the former general $200,000 a year “to work three hours a week.” Petraeus’ response? He opted for a pay cut to circumvent any further negative responses, offering his expertise for just $1.

Much of the chatter in the twittersphere has shown that Petraeus has more than a few people still in his corner.

No excuse for treating anyone like this RT “@thegoldfarb: disgrace…. RT @allahpundit: Unreal https://t.co/FOUMas5jBv”

The collegiate crowd, who was following Petraeus while shouting expletives and reprimanding him for his wartime actions, provides a stark contrast to the calm and stoic demeanor of the former general.

The New York Magazine commented that ironically, it was Petraeus who “comes across better than anyone else in the video.”

One of the men responsible for organizing and leading the protests was CUNY Hunter College Adjunct Professor of Latin American History, S. Sandor John, who believes Petraeus to be a war criminal. 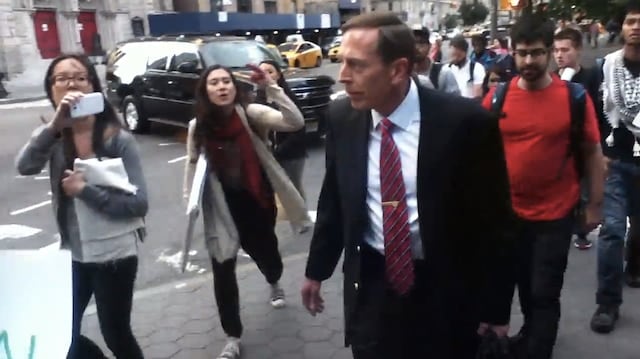 CUNY students jeered and mocked Petraeus as he walked down the streets of New York City.

“Most of our students at CUNY are from the working class and from oppressed communities, specifically from families who roots are in countries where the effects of U.S. imperialism and militarism have been experienced in the most unspeakable and horrific ways,” John told the liberal website, Firedoglake.

In a statement emailed to NPR Wednesday night, Ann Kirschner, dean of the Macaulay Honors College at CUNY, wrote, “Our university is a place where complex issues and points of view across the political and cultural spectrum are considered and debated in the hopes that we might offer solutions to the problems in our world. In order to advance reasoned debate on such issues, it is important that multiple points of view be heard.”

She continued, “Our universities strive to connect their students with remarkable leaders and thinkers so students can examine a variety of ideas, debate them, and form their own opinions. Those perspectives find expression through discussion in and out of the classroom.”

“We may disagree,” Kirschner concluded. “But we must always do so in a spirit of mutual respect and understanding. While the college supports the articulation of all points of view on critical issues, it is essential that dialogue within the academic setting always be conducted civilly.”