Sometimes the ATF makes some quiet little changes to application forms and no one really cares.  I was complaining tonight to my FFL about having to check a box that says I’m not Hispanic.  I have nothing against Hispanics.  I actually don’t have any proof to show that I’m not Hispanic.  But there are a lot of things I’m not.

But I digress.  We’re here today to talk about something a bit more consequential than my Hispanicity.  The ATF has released for public comment a set of proposed changes that have a direct bearing on the way transfers work for NFA firearms.  For most of us, these proposals are mostly academic.  But if you ever find yourself wanting a silencer, or a short barreled rifle, pay attention. 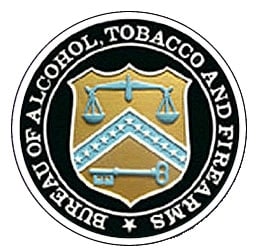 The way it is now

People interested in owning restricted guns and devices submit some lengthy paperwork with the ATF.  Individuals who want to own a silencer, for example, need a specialized FFL to handle the transfer, the paperwork for the ATF, a declaration of citizenship, a fingerprint card, photos, and the approval of the chief law enforcement officer (CLEO) in their area, which is signified by his or her signature.

The last part’s important.  A CLEO signature can be really hard to obtain.  Many CLEO’s won’t sign. Period.  Some won’t sign for political reasons.  Some won’t sign because they don’t want NFA weapons in the hands of folks like us.   And some won’t sign because the very act of signing off on such applications places a burden of responsibility on the CLEO, as their signature comes at the end of a statement that attest to each applicant’s intent.  And that seems fair, I think.  How can a CLEO I’ve never met have any idea how I will use a short barreled shotgun?

The answer to a reluctant CLEO has been, in practice, to establish a legal entity known colloquially as a gun trust.  Trustees of a gun trust can acquire NFA items without seeking the approval of any local CLEO (as the trust is often times made up of individuals in geographically diverse locals).

There are other valid reasons for establishing gun trusts.  And there are other legal entities, like corporations, that have many similar privileges.  But the ATF’s proposed changes would require all members of a trust to go through the same rigamarole as an individual. 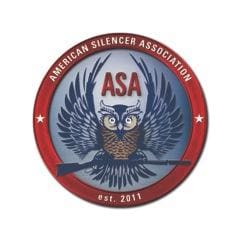 What does this mean exactly?

It’s hard to say.  If the reluctant CLEOs continue their refusals to sign, some people won’t be able to get NFA firearms or devices. That’s a pain in the ass.  But there’s a bigger industry picture to consider.  This single change could hit the  silencer makers hard, as much of their sales are to trustees.

The American Silencer Association hasn’t made a public statement yet.  But that doesn’t mean they are sitting on their hands.  I spoke with Josh Waldron, CEO of Silencerco after the proposal went public, and he assures me there’s reason for optimism.  While Silencerco hasn’t commented yet on the proposed changes, they’re not sitting idly by.  That neither Silencerco nor the American Silencer Association haven made their plans public yet is a tactical move.  But they have plans.  And members of the industry will be meeting in Washington D.C. on October 1st to coordinate their efforts.

Here is a break down of the ATF’s proposed changes

The following passages are from Machine Guns, Destructive Devices and Certain Other Firearms; Background Checks for Responsible Persons of a Corporation, Trust or Other Legal Entity With Respect To Making or Transferring a Firearm, which appeared on the Federal Register on Sept. 9.

The proposed changes include: Defining the term “responsible person,” as used in reference to a trust, partnership, association, company, or corporation; requiring “responsible persons” of such legal entities to submit, inter alia, photographs and fingerprints, as well as a law enforcement certificate, when the legal entity files an application to make an NFA firearm or is listed as the transferee on an application to transfer an NFA firearm;

…modifying the information required in a law enforcement certificate, so that the certificate no longer requires a statement from the certifying official that he or she has no information indicating that the maker or transferee of the NFA firearm will use the firearm for other than lawful purposes;

This is a tricky bit of language.  It doesn’t mean a CLEO won’t have to sign off on the form.  Instead it eliminates a problematic piece of equation that required that a CLEO speak for the applicant’s intentions.  This is often cited as the main reason why non-signing CLEOs won’t sign.  They aren’t going to speak to the intentions of someone they don’t know.

Josh Waldron of Silencerco pointed to this as a possible reason to be optimistic.  The elimination of this bit of language might mean CLEOs who currently refuse to sign will begin to sign off (which would make it possible for more individuals to get ATF approval).

And then there’s this…

…and adding a new section to ATF’s regulations to address the possession and transfer of firearms registered to a decedent. The new section would clarify that the executor, administrator, personal representative, or other person authorized under state law to dispose of property in an estate may possess a firearm registered to a decedent during the term of probate without such possession being treated as a “transfer” under the NFA. It also would specify that the transfer of the firearm to any beneficiary of the estate may be made on a tax-exempt basis.

This is just good old fashioned common sense.  So it isn’t all bad news.

And now for the rational…

The NFATCA expressed concern that persons who are prohibited by law from possessing or receiving firearms may acquire NFA firearms through the establishment of a legal entity such as a corporation, trust, or partnership. It contends that the number of applications to acquire NFA firearms via a corporation, partnership, trust, or other legal entity has increased significantly over the years. ATF has researched the issue and has determined that the number of Forms 1, 4, and 5 involving legal entities that are not Federal firearms licensees increased from approximately 840 in 2000 to 12,600 in 2009 and to 40,700 in 2012. There accordingly has been an increase in the number of individuals who have access to NFA firearms but who have not undergone a background check. The petitioner expressed concern that an NFA firearm could be acquired by a prohibited person and used in a violent crime. Therefore, for applications for a corporation, trust, partnership, or other legal entity to make or receive an NFA firearm, the petitioner has requested amendments to §§ 479.63 and 479.85 to require photographs and fingerprint cards for persons who are responsible for directing the management and policies of the entity, so that a background check of the individual may be conducted.

The Department of Justice agrees with the concerns underlying this proposal, and believes that such persons should not be excluded from background checks and other requirements of the regulations that seek to ensure that prohibited persons do not gain access to NFA firearms. ATF recently encountered a situation where an application for a transfer of a silencer was denied because the transferee was determined to be prohibited from possessing an NFA firearm. The transferor subsequently applied to transfer the same silencer to a trust whose name contained the same last name as the prior transferee. ATF reviewed the trust documents and found that the prohibited person was a settlor of the trust and, thus, would have access to the firearm. ATF denied the transfer. However, if the trust name had been different from that of the prior transferee, or if the transferor sought to transfer a different firearm, ATF employees may not have realized that the prior transferee was a settlor of the trust and so may have approved the transfer.

These simple proposed changes are hard to foreshadow at this point.  Will the CLEO signature change mean more approvals?  Will gun trusts now face the same wall of refusal many individuals face when seeing CLEO approval?  Impossible to predict.

As is required, we are allowed to comment on the matter.  Head on over to the Registry page if you’d like to express your views.  Otherwise, get busy.  These are proposed changes.  They haven’t gone into effect yet.  There’s time.