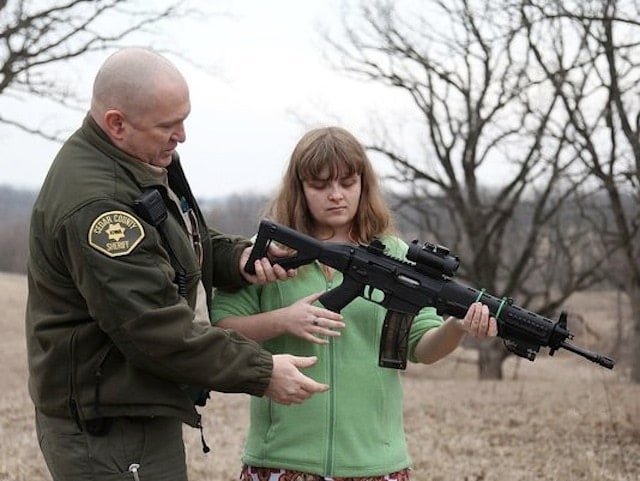 Warren Wethington, the sheriff of Cedar County, Iowa, believes just because somebody is blind, they shouldn’t be precluded from carrying a gun in public.

According to Iowa state law, sheriffs are not allowed to deny an Iowan the right to carry a weapon based on physical ability or disability.

While the blind have been allowed to own a gun in Iowa for some time, gun permit changes in 2011 now allow the visually impaired to legally carry their firearms in public. 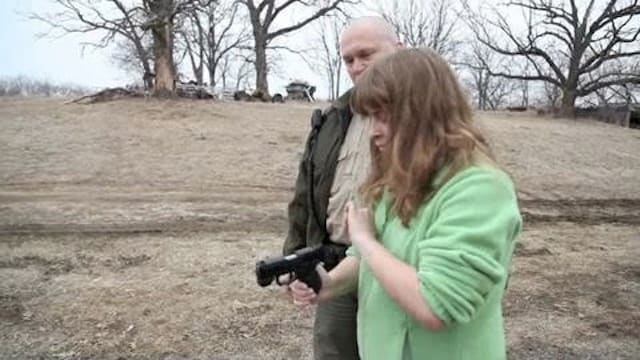 Wethington has issued gun permits to the visually impaired, allowing them to carry firearms in a public setting.

Wethington, whose daughter is visually impaired, agrees the blind should be afforded these rights, having told Here & Now, “People have this preset idea that blind people are going to be shooting at voices, and it’s just not going to happen.”

Cedar County’s sheriff agrees the visually impaired should be subject to some limitations for the safety of the general public – namely, driving a car – though he believes they can still be trained to safely operate a firearm.

“I see no way a visually impaired person can operate a motor vehicle safely,” Wethington said. “But a firearm can be drawn and discharged, and truthfully it’s safer that way than a sighted person shooting five or 10 yards away. Because there is a possibility they could miss. If you have someone on top of you, and you rotate the weapon into them and make a contact shot, you’re not going to miss.”

Wethington makes the point that those who have perfect vision often find themselves in situations where their sight is impaired, like at night, but argues they are allowed to still carry a gun, so why shouldn’t the visually impaired?

“There is a number of scenarios where a sighted person can find themselves in the exact situation as a visually impaired [person], and nobody wants to talk about that,” Wethington said.

Here, Sheriff Wethington explains why the blind can still safely carry a firearm.