The now former Sen. Angela Giron has taken a not so graceful fall from power after being ousted from her Colorado seat. The recalled senator appeared on CNN Thursday, blaming her overthrow on “voter suppression,” not the various gun control laws they passed in the face of her and fellow former Sen. John Morse’s constituents.

“We know what really happened here,” Giron said. “Yes, we had the strong NRA and you have a person like Mr. Head, but what this story is really about, it’s about voter suppression.” 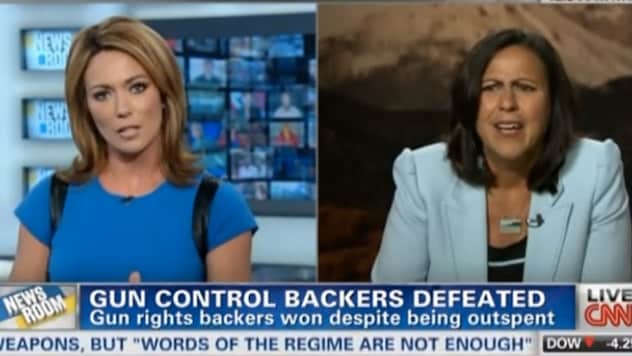 According to the former senator, 70 percent of Colorado residents vote by mail, but since there was no mail-in voting for the recall election, they had no opportunity to show their support.

But CNN anchor Brooke Baldwin wouldn’t have it, abruptly cutting Giron off.

“Okay, forive me, but I’m going to cut you off right there. Because if we talk voter suppression, I’ve read reports on lack of popularity on your behalf. Let’s just not go there,” Baldwin retorted.

Trying to get the derailed conversation back on track, Baldwin reminded Giron that she and Morse were backed by “mega, mega cash” from Michael Bloomberg’s Mayors Against Illegal Guns, compared to the meagerly funds of the “grassroots effort” to recall the lawmakers after they passed unpopular gun laws.

“The Colorado recall battle drew more than $3.5 million in campaign contributions. But the bulk of it – nearly $3 million – came from opponents of the recall drive who support stricter gun control, figures from the secretary of state’s office showed,” Reuters reported. Bloomberg alone donated $350,000 of his own money to a group opposing the recall. 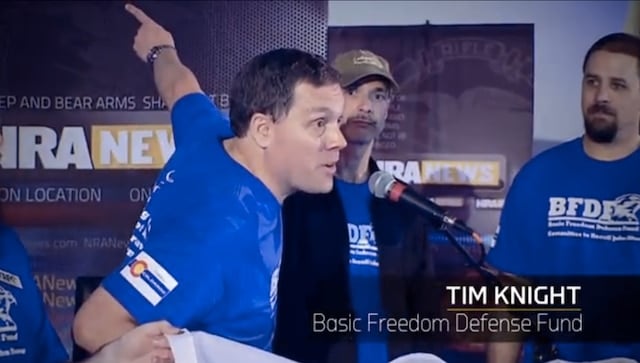 Tim Knight of the Basic Freedom Defense Fund said, “We’ve done something that’s never been done before, we made 137-years of Colorado history.”

Conversely, the National Rifle Association donated $368,000 to help finance the recall effort, which pulled in a total of only $500,000 from the pro-gun lobby.

Having been called out by the CNN host, Giron was more than a little frustrated, replying, “I’m telling you what happened is that you had only 30,000 of the voters, who in the last election, off-year election, was 45,000. So the people that are in support of very common sense gun legislation weren’t able to get to the polls. They vote by ballot and they have been doing that for 25 years. We have to call it for what it is.”

What “it is”, according to Tim Knight of the Basic Freedom Defense Fund, is “the new ‘Morse’ code.”