Baltimore County resident Kris Lee Abbott died on Monday.  He shot himself.  But right before he took his own life that day he attacked his estranged wife, Dawn Abbott, 45, and his parents, Russell Abbott, 78, and Virginia Abbott, 76, with a pipe.

Police reports indicate that he pushed Dawn to the ground, smashed up a vehicle with a pipe and then used the pipe to strike his parents.

Thankfully, the three victims were able to flee the scene and find safety at a nearby residence.  Though his mother, Virginia, was flown to the Maryland Shock Trauma Center with serious injuries, police told the Baltimore Sun. 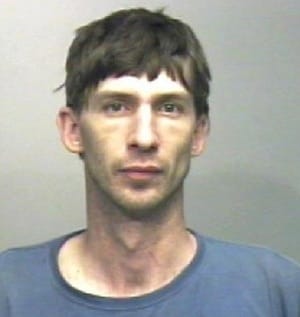 After receiving treatment for her injuries, Virginia was released on Tuesday.

This was not Kris Lee’s first time breaking the law.  In 2002, he broke into his father-in-law’s home, Raymond Woollard.  For unlawfully entering the home, Abbott pleaded guilty to a third-degree burglary in 2003.

Following the incident, Woollard applied for a concealed carry permit.  Due to the fact that he lived in Maryland, a may-issue state, Woollard had to demonstrate that he had a “good and substantial reason” to carry a concealed firearm for self-defense.

Woollard pointed to the incident involving his son-in-law, Kris Lee.  That sufficed and he was granted a permit.  When the CCW permit expired in 2006, he reapplied, citing once again his concerns about the break-in and Kris, who had just been released from prison (Kris had violated the terms of his probation following the home invasion and had to serve time in prison).  Once again, he was issued a permit.

However, in 2009, when it was time to send in the renewal application again, his request was denied.  Woollard appealed to the Maryland Handgun Permit Review Board, but they too denied his request stating that Woollard “…ha[d] not submitted any documentation to verify threats occurring beyond his residence, where he can already legally carry a handgun.”

In other words, the State decided that Woollard was not in danger, that he did not have a right to self-defense outside the home, that Kris Lee did not present a threat to Woollard or, by extension, his daughter, Dawn, or Kris’s own family.

Clearly, the state was wrong.  Kris Lee was a danger to himself and others.

Thus far, his high-profile case, known as Woollard v. Sheridan, has been making its way through the courts.  Back in March, there was a short-lived victory for Woollard and the Second Amendment Foundation, which is representing Woollard, when a federal judge ruled that requiring a “good and substantial reason” to carry a firearm was unconstitutional.

However, that ruling was quickly overturned when a federal appeals court ruled that the “good and substantial reason” requirement was constitutional.  Of course, the SAF appealed that ruling and is now hoping that the U.S. Supreme Court will hear the case.

In the meantime, those on both sides of the gun divide are reacting to the death of Kris Lee.

Cody Jacobs, an attorney with the Law Center to Prevent Gun Violence, told the Baltimore Sun that this does “not change our position that law enforcement should have discretion” to decide who has the right to carry a gun in public, noting that the “may-issue” law is reasonable.

Vincent DeMarco, president of Marylanders to Prevent Gun Violence, echoed those remarks, stating, “The courts upheld Maryland law, and Maryland law is keeping Marylanders safe. We should retain it.”

But SAF attorney Alan Gura disagreed, pointing out the absurdity of the “good and substantial reason” mandate.

“Obviously the state has no clue when crime might occur or who might suddenly find themselves facing a violent criminal. That’s why the Second Amendment prepares us,” Gura said.

Indeed.  Self-defense is a natural right.  Moreover, the Second Amendment states that an individual has the right to keep and bear (carry) arms.

As Judge Legg explained in his ruling, “In addition to self-defense, the (Second Amendment) right was also understood to allow for militia membership and hunting. To secure these rights, the Second Amendment’s protections must extend beyond the home: neither hunting nor militia training is a household activity, and self-defense has to take place wherever (a) person happens to be.

Hopefully, the Supreme Court will opt to hear Woollard v. Sheridan.  Though, it’s not likely considering in recent years the high court’s declined to hear three similar cases that have to do with “may-issue” and self-defense outside the home.