CNN’s Piers Morgan was in a huff after British comedian, Ricky Gervais, made a “deeply offensive joke” at his expense.

Morgan has expressed outrage over an Iowa law that allows the legally blind to obtain a handgun permit, letting them legally carry in public. Morgan must have expected his fellow Brit, Gervais, to be on his side when invited him on the show, but that proved not to be the case. 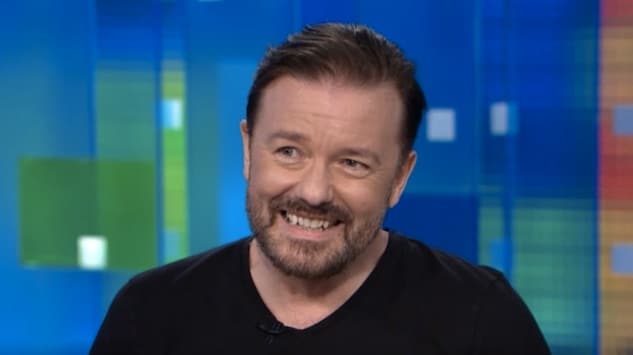 Morgan told Gervais that since he was a United States resident, he had the constitutional right to bear arms.

“But tell me you’re not allowed to carry a gun,” Gervais said with feigned concern.

As animated as ever, Morgan went on to explain that, if he wanted to, he could stroll into a Walmart in Texas and buy an AR-15, but not a Kinder Egg, because that would be a choking hazard.

Shortly before the show aired on CNN, Morgan tweeted this:

Good news @rickygervais – we kept in the ending to our interview with your deeply offensive joke at my expense. CNN 9pm.