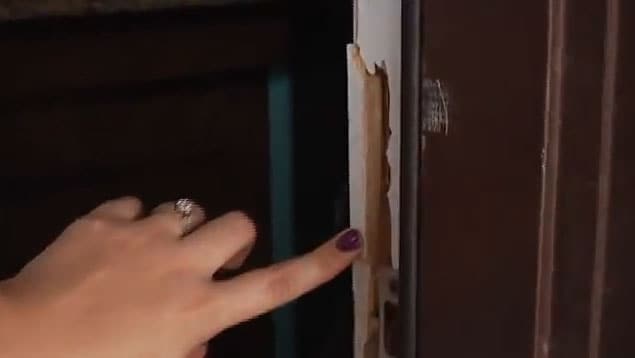 Although she was against her husband having the gun, it’s the first thing she ran for when the men starting kicking in the door. (Photo credit: Valley Central)

A young woman in Palmview, Texas never liked the idea of her husband keeping a gun in the house. Yet that all changed on Saturday when she was home alone and suddenly confronted by two men who had forced their way into her home.

The woman, who was only identified as “Alex” by a local news station and did not wish to have her face shown on camera, was startled when she heard someone banging loudly on the front door.

But when she simultaneously heard someone kicking in the back door, terror set in. She did what she knew she needed to in order to protect herself and her unborn child. She grabbed her husband’s handgun and called 911.

Yet once the men were inside of the home and saw that she was armed, they immediately turned and ran outside to their truck which was parked in the driveway.

But at that point “the adrenaline kicked in and I just shot at the vehicle,” she explained.

“It took me a very long time to pull the trigger and he said, ‘when you’re in a situation like that, you’re not going to think twice,’” she said. And he was right.

She noted that it was not her intention to shoot the men, but rather she hoped to not only scare them, but leave an identifying mark on their truck, something that would prove useful later that day.

Apparently just hours after leaving Alex’s home, the two men, later identified as Lucas and Jesus Ortiz, went on to find another home to burglarize. However, once inside the home, they barricaded themselves inside where a long standoff between the brothers and local police and SWAT ensued.

The standoff eventually ended with the two men being handcuffed and hauled off in police cars.

Officers said the men were high on an unknown type of drug and they have not been cooperative with police.

As for Alex, she’s thankful that her husband had the gun in their home and that he took the time to show her how to use it.

“I was against him buying a gun maybe 7-8 months ago, but I told him, ‘I don’t know if I told you, thank you for doing that’ because it changed the situation completely,” she said.