At least 13 people are dead after a gunman opened fire on workers at a Navy Yard in Washington D.C., authorities said on Monday. 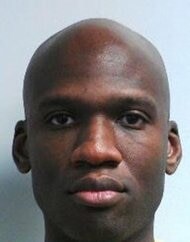 The shooter, who has been identified as 34-year-old Aaron Alexis, a Navy veteran from Fort Worth, Texas, was also killed in the incident. Authorities have not yet disclosed how he died.

A law enforcement official told CBS News that the gunman was carrying a handgun, an AR-15 and a shotgun when he fired at employees who were in the cafeteria and in the hallways of the Naval Sea Systems Command Headquarters (Building 197), a heavily secured military installation responsible for purchasing, building and maintaining ships, submarines and combat systems.

At a noon press conference, President Obama addressed the incident briefly, vowing to hold responsible “whoever carried out this cowardly act.”

“We still don’t know all the facts, but we do know that several people have been shot and some have been killed. So we are confronting another mass shooting and it happened on a military installation in our nation’s capital,” the president said.

“It’s a shooting that targeted our military and civilian personnel. These are men and women who were going to work, doing their jobs protecting all of us,” Obama continued. “They’re patriots and they know the dangers of serving abroad, but today they face the unimaginable violence that they wouldn’t have expected here at home.”

Authorities have ruled out the possibility that there was a second gunman. They are currently investigating to see if another man, a black male, mid 40s, dressed in an olive, military-style uniform was involved.

The motive for the attack is not yet clear.

Officials said that Alexis was a former avionics electrician with the Navy. He had been arrested twice, once in Seattle for malicious mischief and once in Fort Worth for discharging a firearm in public, CBS reported.

When they found his body, police noticed that Alexis was carrying an ID card belonging to Rollie Chance, a man who was placed on administrative leave almost a year ago. Chance told police that he did not know Alexis.

Eyewitnesses described the terror of confronting a heavily armed gunman at work.

“He just turned and started firing,” said Todd Brundidge, an executive assistant who along with other employees encountered Alexis on the third floor of the building.

“He aimed high and missed,” added Terrie Durham, an executive assistant, who was with Brudidge during the attack. “He said nothing. As soon as I realized he was shooting, we just said, `Get out of the building.”‘

Logistics-management specialist Patricia Ward was getting breakfast in the cafeteria on the main floor when she heard the shots ring out. The gunman was shooting down at diners from the upper floors.

The Navy Yard which houses the building in which the attack took place is gated and protected by armed guards. No one is allowed to enter without showing ID and those entering must walk through a metal detector. Only security personnel are allowed to be armed on the grounds, but as CNN reported that can include uniformed security officers, civilian contractors and members of the Naval Criminal Investigative Service.