Burglar caught in the act, confronted by heroic homeowner armed with 12-gauge (VIDEO)

A quick thinking homeowner, armed with a shotgun and unwilling to let a criminal repeatedly burglarize his house, laid down the law when he caught 27-year-old Gilbert Nunez walking out his front door with his TV. 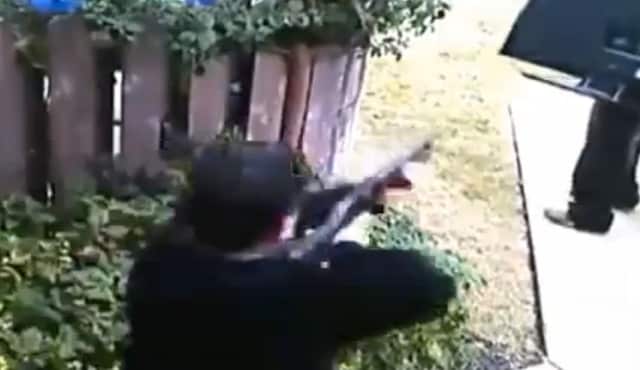 This heroic homeowner said “no” to burglary.

Nunez had successfully broken into Paul Cavazos’ condo in San Antonio, Texas at least twice before, including one instance when he stole a laptop while Cavazos’ girlfriend was home. Having gotten greedy, the burglar tried unsuccessfully for a third time.

When Cavazos and his girlfriend returned home from an office party on Saturday, they discovered the thief slithering away with his 47-inch flat-screen TV.

Cavazos acted quickly, charging out his door with a shotgun and ordering Nunez to the ground.

“I grabbed my shotgun. You know, I’ve been thinking about this for a long time,” Cavazos told KSAT-TV.

Shotgun at the ready, the heroic homeowner kept Nunez at gunpoint until officers arrived, never having fired a round. 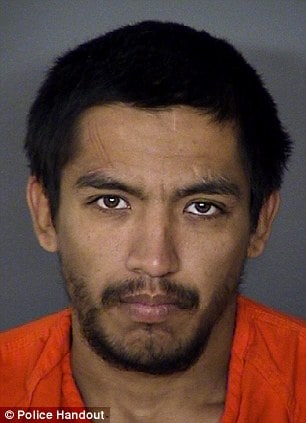 Gilbert Nunez wisely chose to be compliant after staring down the barrel of a 12-gauge shotgun.

Nunez was “very compliant,” as he stared down the barrelof Cavazos’ 12-gauge shotgun.

Though he hopes to never have to use it again, Cavazos sleeps sound at night knowing he keeps his pump-action 12-gauge locked behind his safe, knowing that if the need arises, it will be there.

Nunez was charged with burglary of a home and possession of drug paraphernalia.