Gun sales at their highest–have they peaked? 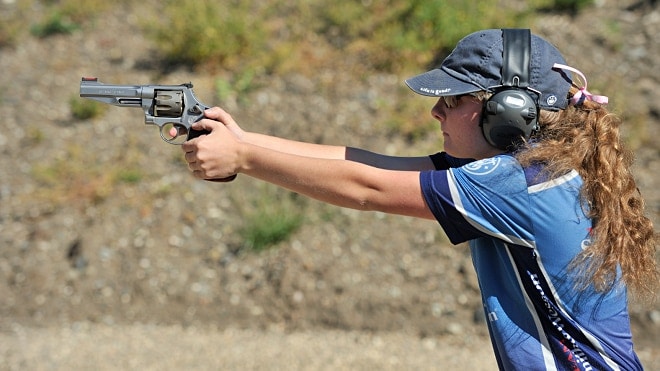 As anyone who’s been looking for a new handgun, shotgun or rifle knows, gun sales have gone through the roof in anticipation of many pushes to increase gun control from the local to the federal level across the nation.

Stores and distributors have sold out of their entire product supply in a never before-seen spike in demand for guns, ammo and accessories.

Even the biggest suppliers have not been able to keep up with their orders, with many manufacturers posting a multi-year backorder on their products.

But with calls for increased gun control on the decline, is the demand for guns receding as well? That is the conclusion many are jumping to as gun sales plateau and gun stocks level off.

“In the past four years the US civilian firearms market has experienced an unprecedented boom …” reads investment watchdog Seeking Alpha. “These companies include well known public entities such as Sturm, Ruger, Smith and Wesson, Alliant Techsystems, Olin Corp as well as Dick’s Sporting Goods and Cabela’s. However, for the first time in years, we are starting to see outright signs of market exhaustion and the potential for incipient reductions in margins for the players involved.”

While it’s easy to assume that gun sales have peaked because public interest is moving on to other things, the gun market ceiling may be on the supply side as manufacturers continue to fall short in their ability to provide the guns, ammo and accessories the consumers are demanding.

James Debney, Smith & Wesson CEO, said in a statement, “Our results for the first quarter of fiscal 2014 reflect the continued successful execution of our growth strategy. We delivered improvements across all of our key metrics, including a meaningful increase in year-over-year sales and significant expansion of our gross margins. Ongoing increases in our manufacturing capacity, combined with strong consumer demand for firearms, resulted in increased market share and higher sales of our most popular M&P products. Amidst that robust growth, we drove a number of significant initiatives in the quarter designed to strengthen our business and return increased value to our stockholders.”

Still, the company has barely kept up with demand, with product availability definitely spotty.

Smith & Wesson, one of the largest gun manufacturers in the U.S., is often used as a sort of bellwether for the greater commercial gun market. As such many investment watch groups are keeping a close eye on them now and in the near future.

Even as many market watchdogs are saying that the gun bubble is about to burst, Smith & Wesson is still going strong.

“Smith & Wesson Holding Corporation delivered a profit and beat Wall Street’s expectations, and beat the revenue expectation,” reads the Wall Street Cheat Sheet. “The revenue beat is a positive sign to shareholders seeking high growth out of the company. Shares are down 4.27%.”

Gun shares have been taking some hits as investors pull out expecting a drop in the market.

Manufacturers like Smith & Wesson and Ruger have other logistical limitations that companies in other industries simply don’t have. All gun companies are facing limited supply of everything from common components to base materials. Many gun companies are working around the clock, literally, and seven days a week to manufacture product.

What investment analysts are seeing, a ceiling in gun sales, can’t simply be written off as a waning interest in more guns and ammo. It would be difficult to find a company that hasn’t brought on additional staff or expanded on their production capabilities.

Still, we are seeing price drops and improved, albeit only slightly improved, availability. Part of this can be explained by product purchased at the height of the panic being re-sold and a drop in spree-buying. That being said any new product doesn’t stay on shelves long.

Additionally, this year has widely increased the number of shooters and created thousands of new gun owners across the country. Demand for gun products is unlikely to ever return to 2012 levels, and that’s something any investor should bear in mind.