A North Carolina police officer is facing voluntary manslaughter charges after fatally shooting a former football star who may have been seeking help after surviving a major car crash.

Former Florida A&M football player, 24-year-old Jonathan Ferrell, was in a car crash so severe he likely had to “pull himself out” from the twisted heap of wreckage, the Charlotte Observer reported.

Ferrell walked approximately half a mile to the nearest house, seeking assistance, but the local resident was frightened the man was attempting to burglarize her, and called 9-1-1.

Officer Randall Kerrick, 27, of the Charlotte-Mecklenburg Police Department responded to the scene along with other officers, and according to police reports, Ferrell, who is African-American, “aggressively” charged them. 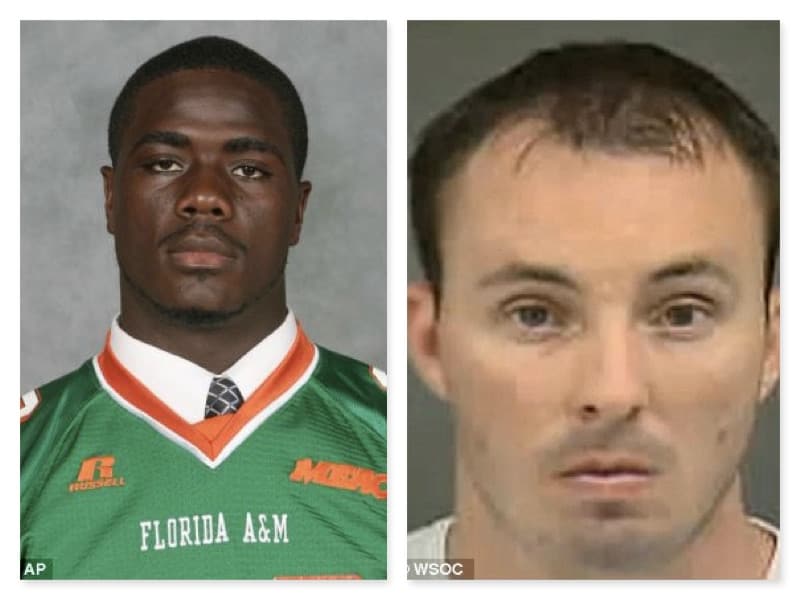 Officer Thornell Little of the Hickory Grove division of the CMPD, who was also on scene, unsuccessfully discharged his Taser at Ferrell. Police say that after Ferrell continued charging toward the officers, Kerrick fired his weapon multiple times, eventually killing the former football player.

CMPD officials called the shooting “excessive,” and CMPD Chief Rodney Monroe said in a statement, “Our investigation has shown that Officer Kerrick did not have a lawful right to discharge his weapon during this encounter.”

“It’s with heavy hearts and significant regrets it’s come to this,” Monroe said. “Our hearts go out to the Ferrell family and many member of the CMPD family. This is never something easy.”

Monroe said he did not believe Ferrell threatened the woman who placed the 9-1-1 call, and that Kerrick’s use of force was unwarranted, according to the Charlotte Observer.

While no indication of alcohol was discovered at Ferrell’s wrecked vehicle, officials stated the toxicology report will take weeks to confirm.