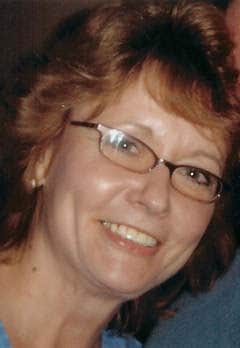 Friends and family say that Catherine Weiland had recent struggles and was not taking her medication, but still question the circumstances surrounding her alleged suicide. (Photo credit: Chicago Sun-Times)

Forensic records recently obtained from the Chicago Sun-Times show Sgt. Steven Lesner, the Chicago police officer who is being questioned over a woman’s alleged 2009 suicide, washed his hands with soap and water before police arrived and performed a gun residue test.

Although Lesner was not suspended at the time of the woman’s death, the incident  has since been placed under investigation by the Chicago Police Department’s Internal Affairs.

Jody Weis, who was the police superintendent at the time of the shooting, said he was surprised to find out that Lesner washed his hands, as he would have known that doing so would have affected the test.

“It’s a form of evidence that’s relatively fragile, and you can wash it off,” Weis said.

According to official reports, Lesner called 911 at 1:42 a.m. on Feb. 18, 2009 to report the apparent suicide. Yet he washed his hands before police arrived two minutes later.

When officers arrived at the Northwest Side apartment, they found 47-year-old Catherine Weiland seated upright on her love seat, her right leg crossed over her left leg, with what was believed to be a self-inflicted gunshot wound to the head. Lesner’s service weapon, a 9mm semi-automatic Smith & Wesson, was lying in her lap, with the handle near her left hand. Gunshot residue tests came up positive for Weiland’s left hand, but not her right.

However, Weiland was right-handed. And the wound indicated that the bullet entered through her right temple and exited through the left side of her head, just above her ear.

Police now state that Weiland shot herself with her right hand.

Police spokesman, Adam Collins stated Lesner’s gun “was not fingerprinted because the grips on the gun are not a surface that prints can be obtained from.”

So how did Weiland obtain the 20-year veteran cop’s gun anyway?

According to Lesner, on the night of the shooting, he was on duty when the department received a call around 7:40 p.m. about a dispute at a local restaurant between Weiland and her ex-boyfriend. 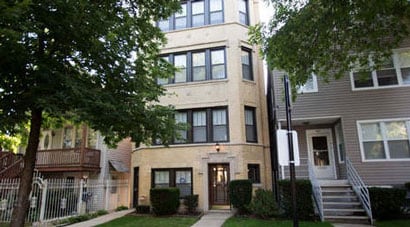 Lesner arrived at the La Villa Restaurant to help sort out the argument. He then drove Weiland, who was reported to be highly intoxicated, in his patrol car to her apartment about a mile away.

On the way, Lesner stopped to buy Weiland a bottle of wine, although the department’s policy strictly prohibits transporting alcohol in police vehicles.

He dropped the woman off at her apartment, handed her his business card with his cellphone number written on the back and told her to call him if she needed anything.

Just before Lesner’s shift ended at 11 p.m., Weiland called him and asked if he wanted to go out drinking with her. He said his answer was no, but she then responded by asking if he wanted to just come over and watch TV. Lesner, who was married with two kids, agreed.

At Weiland’s request, he brought her another bottle of wine and a six-pack of beer for himself.

He arrived at her apartment about 11:30.

A couple of hours later, according to Lesner, he removed his ankle holster, which was holding his loaded service weapon, set it on the floor and went to use the bathroom. While in the bathroom, he heard a gunshot.

He walked out and saw her seated in the same position as before and, according to the police report, “Sgt. Lesner stated he went to grab the gun because he wasn’t sure what Weiland had done, but when he saw blood he immediately stopped picking up the gun and left it where it was. Sgt. Lesner stated he touched his weapon but didn’t move it after seeing the blood.”

It’s unknown if it was at that point – or before or after – that he washed his hands. But once police arrived and tested his hands for gunshot residue – some two hours later – the results indicated “Steven Lesner may not have discharged a firearm with either hand. If Steven Lesner did discharge a firearm, then the particles were removed by activity, were not deposited or were not detected by the procedure.”

The police report also said that either Weiland’s father or brother, who both have since died as well, indicated that she was diagnosed as being bipolar 10 years prior and that she was an alcoholic and “had not been taking her medication … and spoke several times about harming herself … for the attention.”

The medical examiner also confirmed that Weiland “had no known medical history, and her family related no prior attempts at self-destruction.”

No suicide note was found at the scene.

Several bottles of prescription pills were found at Weiland’s apartment, including one on the coffee table, three on an end table and a paper bag in her bedroom “that contained numerous prescription bottles.”

They also found one of Lesner’s half-empty bottles of beer in the bedroom, although he stated that he did not know how it got there, claiming that Weiland “must have carried it in.” 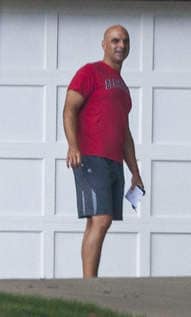 Chicago police Sgt. Steven E. Lesner. Some say that, regardless of what happened that night, Lesner had no business being there in the first place. (Photo credit: Chicago Sun-Times)

No tests were conducted to determine if Weiland had any sexual relations that night because, according to the police department, it wasn’t necessary.

“Sgt. Lesner stated no sexual relations took place between he and Ms. Weiland, and she was fully clothed at the time of her suicide. There were no signs of force or foul play and Sgt. Lesner was off-duty at the time of the incident, so no such tests were conducted,” the department said in a statement.

Daniel Franzgrote, Weiland’s ex-boyfriend, also said that Weiland “had problems.” He added, “What happened that night, I don’t know if anybody will ever know, except for the sergeant,” stating that, “There was no reason for the police officer to be there. Bottom line: If he wasn’t there, none of this would have happened.”

Weis is inclined to agree. “There’s enough things that the officer did that indicate poor judgment and inappropriate behavior,” he said. “The officer would have gotten some suspension for failing to secure his weapon.”

The Sun-Times was able to contact Lesner by phone last month when they first discovered that the investigation was being conducted into Weiland’s death. Lesner asked, “Why are you doing a story on her?” When the reporter said that the incident was being investigated by internal affairs, Lesner replied, “I have no comment.”