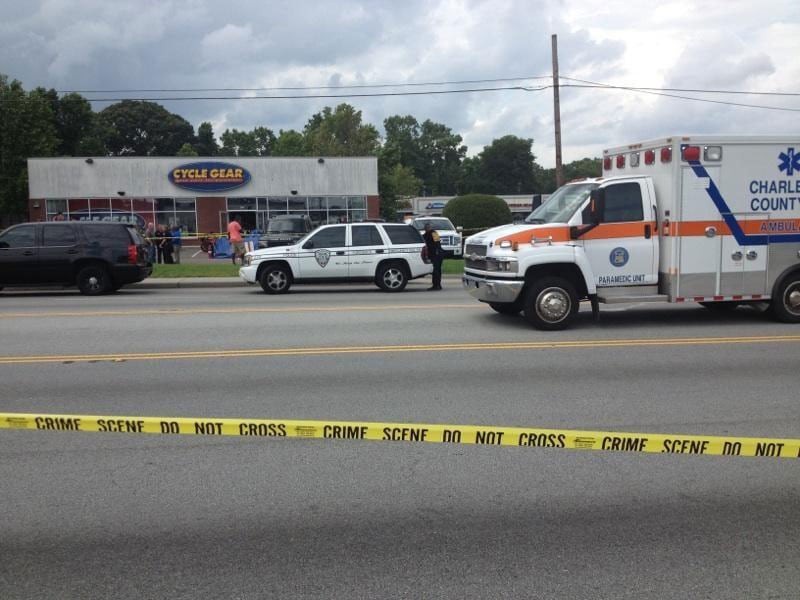 Police investigate the shooting outside of the Cycle Gear shop which left three people dead and one injured. (Photo credit: WCSC)

A South Carolina man who shot and killed two people outside a motorcycle shop has been set free on bond and is now waiting for a court to decide whether or not he acted in self-defense.

Ronald Reid, 43, was released on bond after a two-month stint in the Charleston County Detention Center on Sept. 1, according to the Charleston Post and Courier. Police arrested Reid for his role in the incident that left a total of three people dead and Reid injured.

Reid was arrested on June 30, the day following the shooting, after spending the night talking with investigators. Police charged Reid with first-degree murder, even though Reid, as well as friends, family and acquaintances, all maintain that his innocence, that he is an upstanding citizen and caring family man that would never intentionally hurt someone for no reason, and only fired in self-defense after he was shot first.

However, the details that Reid described of that day aren’t the same that police have put together.

According to local media, the incident occurred on a Saturday afternoon in North Charleston at Cycle Gear shop. Reid and his long-time friend Theodore Waymyers, 36, were heading to a Soul Motorcycle Club cookout, but stopped off to the shop beforehand so Reid could buy an extra helmet for his son. He said together they planned to ride to an upcoming out of state softball tournament.

Reid said that when they rolled up to the cycle shop, they rolled into a bloody battle, which ultimately claimed the life of his friend.

After walking into the store, Reid noticed a commotion inside and said, “What the (expletive) is going on here?”

Apparently, members of the Wheels Soul Motorcycle Club, Carlos Davis and Barry Stinson, who both had at least half-a-dozen prior arrests, were involved in a scuffle with members of a rival motorcycle club called the Real Kings.

Although Davis and Stinson wore the same vests as Reid, Reid said wanted nothing to do with the fight and tried to avoid it. However, according to Reid’s account, the hostile group of fighters soon overtook a good part of the store, leaving him right in the middle. And when Reid was inadvertently elbowed in the face, he reacted by swinging back. 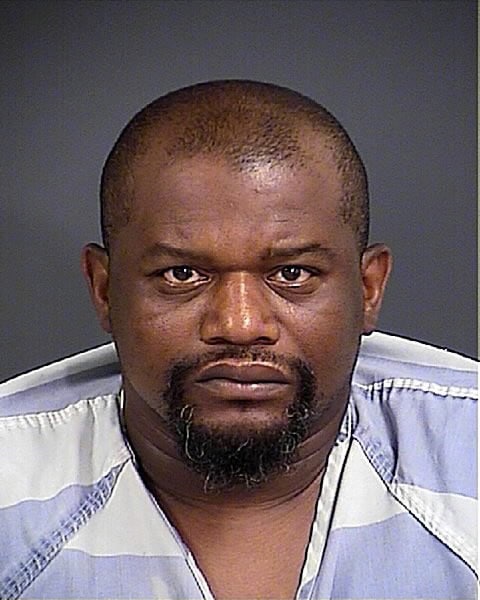 At that point, Maurice Horry, one of the members of the Real Kings Motorcycle Club, pulled a gun and waved it about while yelling at Reid, who had just hit another member of the club. When Reid saw the gun, he immediately bolted out of the door. That’s when he heard the gunshots and felt the throbbing pain in his leg.

As shots continued to be fired, Reid, who has a valid concealed carry permit, pulled his own gun and shot Horry. The single shot went straight through his heart and Reid said that he believed that the man was dead before he ever even hit the ground.

Two others were shot and killed that day during the bloody battle, including Reid’s friend Waymyers, who was killed by Horry.

Once police arrived, Reid was taken to a local hospital to be treated for the gunshot wound. He then was transported to the police station to tell his version of what happened.

Before the interview with investigators, Reid recalled what he had been taught in his concealed carry class: Always tell the truth if you ever have to use deadly force.

So Reid told the investigators, who already seemed to know what had happened, the truth about the details of that day.

When Detective Christopher Terry walked into the interrogation room, he warned Reid, “Be careful. I know what happened.”

Terry insisted that Reid had instigated the fight and that the entire incident, including audio, was caught on the store’s surveillance video.

Yet Reid said he was not concerned, even with the threat of the video, because he knew that he had done nothing wrong and that the evidence and witnesses would show that.

“I had no intention of doing harm,” he told Terry. “I didn’t know that was going on when I arrived at the store.”

Reid even reenacted the part of the incident in which Horry fired at him, asking, “Do you remember that?”

But investigators didn’t see that part. In fact, they didn’t see any of it because the video didn’t even exist. The detective lied about the video in an effort to get Reid to confess his crimes, which he never did because he continued to claim that he did nothing wrong.

But about 4 a.m., officers handcuffed Reid, who other than a misdemeanor disorderly conduct charge from 23 years ago had no prior criminal record. They charged him with first-degree murder. He spent that night and the following 60 days in jail. 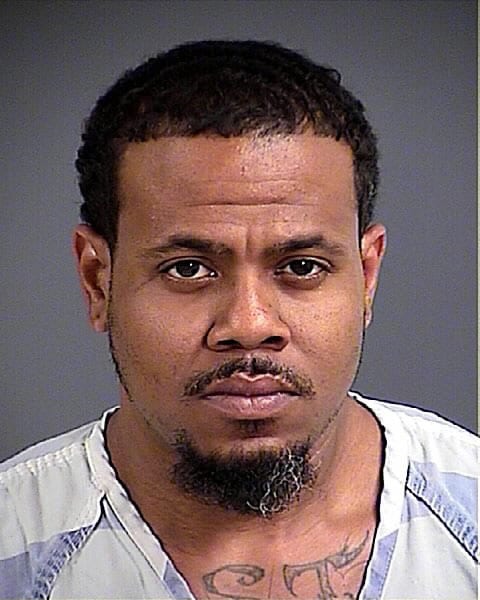 According to the police, Reid went into the cycle shop looking for a fight.

By their accounts, members of the Real Kings Motorcycle Club rode by the Wheels of Soul’s cookout and revved their engines, showing, a sign of disrespect, according to police.

The Kings members then went into the store and Reid and Waymyers followed to confront them for their disrespectful actions. Investigators then insist that Reid instigated the fight and that he did not shoot Horry in self-defense but rather in retaliation.

Police claim that Horry first shot Waymyer and that’s when Reid pulled his .380 Smith & Wesson Bodyguard and shot Horry. They say that Horry fired at Reid after he was shot first.

Had Reid been involved in the rival gang fight, he would not have the right to use self-defense as a means for justifiable homicide. Yet Reid continues to say that he knew nothing of the skirmish, he was only there to buy a helmet on his way to the cookout and that, if anything, he was trying to avoid the fight, not get caught in the midst of it. And he still maintains that he only fired after Horry first shot him in the leg.

Even in a photo lineup, a witness picked someone else’s photo, not Reid’s, as the one who initiated the bloody battle.

“I don’t understand why I’m being held accountable,” Reid said. “I followed the rules. I did not intentionally leave my house wanting to shoot anyone. I never imagined doing it.”

Reid now awaits his next court date. Only now, instead of waiting in a jail cell, he must remain at home, surrounded by the people who love him, the people who, just as him, maintain that he is innocent.