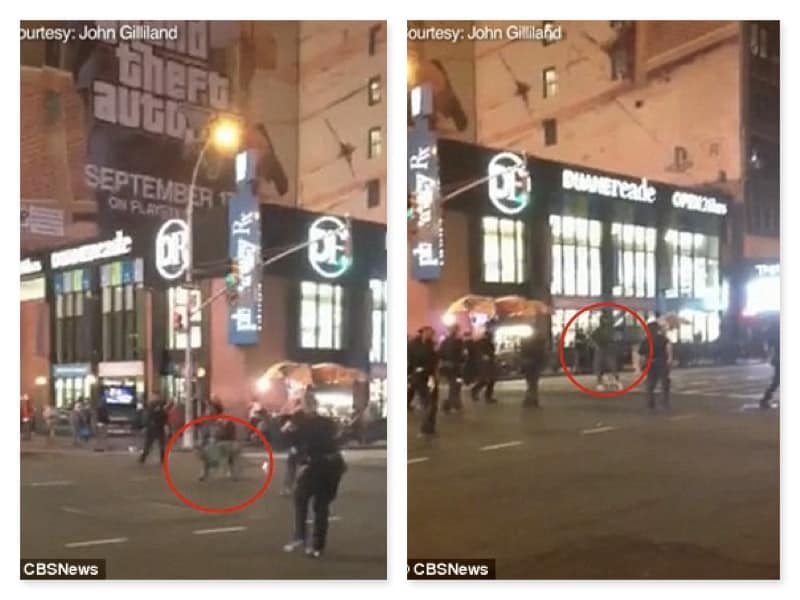 New York Police opened fire near Times Square, missing their target but wounding two women on a nearby street corner.

The Saturday night incident began after 35-year-old Glenn Broadnax was walking into traffic in front of the Port Authority bus terminal, seemingly trying to be struck by oncoming traffic, according to Police Commissioner Ray Kelly.

Police attempted to take Broadnax into custody, but he dodged their efforts and further escalated the situation by making a furtive movement into his pocket, mimicking shooting a gun at the officers.

“At some time he reached into his pocket, took out his hand and simulated as if he was shooting at them,” Kelly told reporters late Saturday.

Officers responded by shooting three rounds at the unarmed Broadnax, missing the suspect, but striking two women on a nearby corner in the process. After a short foot pursuit, he was finally taken down by Taser, the NYPD said.

One 54-year-old woman was shot in the knee, and another 37-year old woman was grazed in the buttocks. The woman who sustained the knee injury underwent surgery, but was listed in stable condition, while the other woman was treated and released overnight, hospital officials told CNN.

The NYPD stated Broadnax was transported to Manhattan’s Bellevue Hospital “as an emotionally disturbed person.” 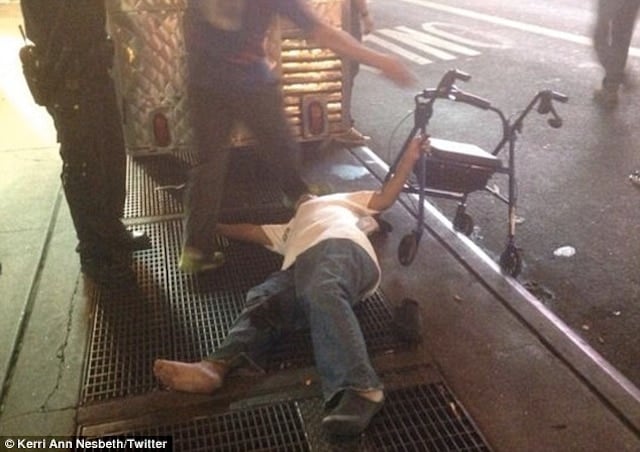 One woman was shot in the knee, undergoing surgery after being transported to a hospital.

One witness stated Broadnax appeared to have been hit by a cab and was running through the streets, trying to reach the driver, and that’s when police contacted him.

“The guy was in the middle of the street in oncoming traffic and the cops were trying to get him out of the road,” Kerri-Ann Nesbeth told CNN. The incident left her stunned, she added.

“I hear stories when people don’t even know they are shot, so I checked myself and realized it was all clear,” she said.

The shooting is currently under investigation, said Kelly.

This marks the second high-profile case in the span of approximately one year where NYPD officers have shot bystanders after engaging in a gun fight in a crowded, public space.

In August 2012, police wounded nine pedestrians outside the Empire State Building during a gun battle with a man who had just killed a former co-worker. The officers also killed the suspect.