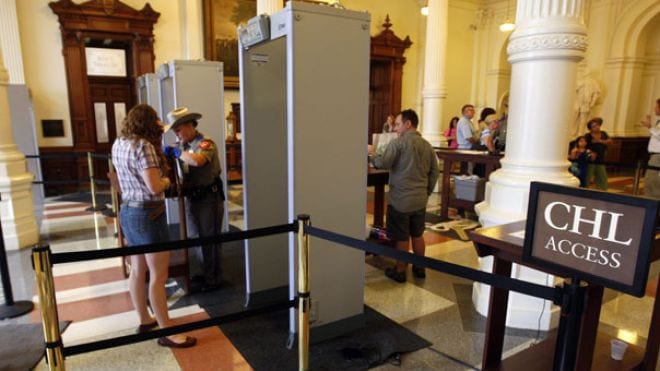 Of the more than 580,000 concealed carry permits issued in the state of Texas, most of those have been given to residents over the age of 50, according to a report by a Fox News affiliate.

Although no theory has been given as to why, it appears that the older Texans are choosing to arm themselves at a higher rate than their younger counterparts, despite the fact that the minimum age requirement for a concealed handgun license is 21.

In addition, records at the Department of Public safety show that at least 16 of the concealed carry applicants were in their 90s. In the state of Texas, there is currently no age limit on who can apply for a permit.

And while 580,000 may seem like a large number of people carrying concealed, Texas only ranks fourth highest in the country for the number of permits issued. Florida tops the list, reaching over one million armed citizens this year. Pennsylvania holds a steady second with nearly 800,000 concealed carry permits. Georgia runs neck and neck with the Lone Star State at 600,000. 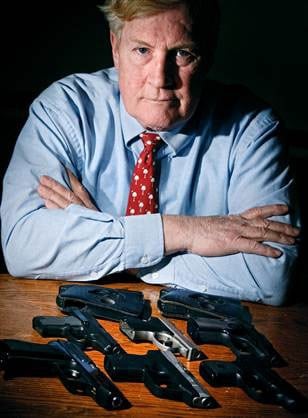 Jim Corley, an attorney in South Carolina, displays some of his handguns, including one that he used in 2009 to stop a holdup and kill a would-be robber. (Photo credit: NBC)

In fact, NBC reported back in 2010 that record numbers of people were seeking to obtain concealed carry permits. The only difference now is that as the numbers continue to climb, the records continue to break.

While the great debate will likely continue over whether more guns in the hands of law-abiding citizens equals less crime, one thing is certain: Texas – along with the rest of the country – is arming themselves at record-breaking numbers. So it should come as no surprise that what seems like every other defensive gun use story, that is average residents using guns to protect themselves or their property, comes out of Texas.

Bottom line: Don’t mess with Texas … or any other state known to have its residents packing high amounts of heat.