Photo of the day: Don’t mess with a new teacher who is also a former Marine 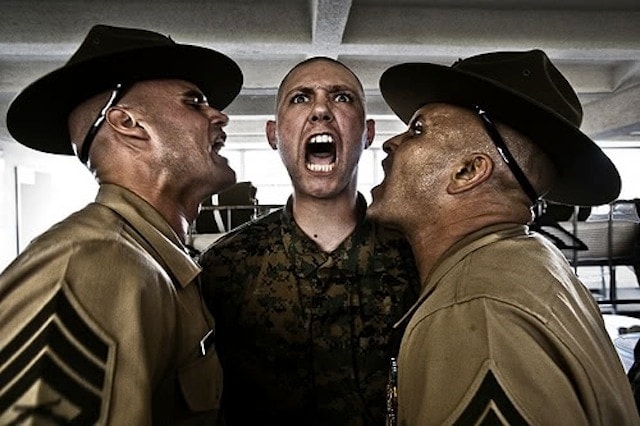 Don’t mess with a new teacher who is a former Marine.

A former Sergeant in the Marine Corps started afresh in civilian life, taking a new job as a school teacher.

Just prior the beginning of the school year, this former Marine happened to injure his back. The doctor gave him a plaster cast to wear around his torso to aid in the healing process, and thankfully it was thin enough to fit discreetly under his shirt.

On the first day of class, the new teacher discovered he was assigned to the toughest students the school had to offer. His reputation preceded him however, and the students, having already heard he was a former Marine, were leery of him.

The new teacher walked confidently into the rowdy and rambunctious classroom, opening the window before he took a seat as his desk.

A gust of wind rushed into the classroom, billowing his tie in the process. Aggravated that his tie failed to lie where he told it to, the former Marine picked up a stapler from his desk and stapled the tie to his chest.

The rest of the year went very smoothly.