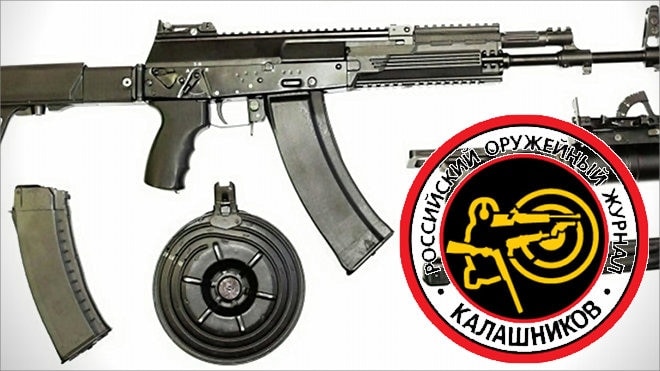 As expected and on-schedule, the AK-12 is wrapping up its military trials and is slated to go into service with the Russian ministry of defense in 2014. The rifle is the successor to the epochal AK-47 family of small arms.

“In 2014, the Russian army will start receiving new assault rifles, handguns, machine guns and sniper rifles, including 5.45-mm and 7.62-mm variants of the Kalashnikov AK-12 assault rifle,” said Oleg Bochkarev, deputy chairman of the military-industrial cCommission, according to RIA Novosti.

The AK-12 is a new design that incorporates many elements of its iconic predecessor, namely, a stamped steel receiver and long-stoke gas piston action, both of which contribute to the gun’s low cost and extreme reliability. But it’s an all-new design and despite a similar outline, the gun’s only mechanical commonality with the AK-47 design is that it uses the same magazines.

This last round of military trials will lead to a few small changes to the AK-12 that will be incorporated into the version that will go into service next year. The design has been in development since 2011.

Part of a larger “Ratnik” — Future Soldier —project, the AK-12 is just one component in developing Russia’s military for the 21st century. It will be fielded along with a handful of new Kalashnikov designs.

“After examining the weaponry, the [defense] minister [Sergei Shoigu] confirmed that all small arms developed under the Ratnik project will undergo state acceptance trials in the fall to bring clarity to the fate of the ‘future soldier’ gear,” said spokeswoman Yelena Filatova.

The Kalashnikov corporation, formed earlier this year from the merger of several Russian armories, showed off “15 models of assault and sniper rifles during the exhibition, including four upgraded models of the AK-74 assault rifle, a range of the AK-12 modifications, an upgraded version of the AK-103 assault rifle and the SVDM sniper rifle,” according to the APA.

The AK-12 sports a handful of new features including a new select-fire control group capable of semi-automatic, 3-round burst and fully-automatic fire. It has a new locking dust cover with an integral STANAG 2324/MIL-STD-1913 (Picatinny) rail. This makes it easier to add optics and with a rail-mounted rear sight, extends the rifle’s sight radius tremendously.

It also features a railed handguard and a new grenade launcher mount that makes it compatible with NATO launchers. Other changes include traditional thumb-actuated safety and selector switches, a fully-adjustable, folding stock, a more vertical “Western-style” pistol grip and an all-new hybrid flash hider muzzle brake.

The AK-12 will initially only replace some of the AK-pattern rifles in service today. The Russian ministry of defense already owns a staggering number of AK-74s and AK-100-series rifles in good working condition. Time will tell if they plan to surplus their older rifles to subsidize a more widespread adoption of the AK-12.

The AK-12 will be chambered in multiple calibers and will be fielded in both 5.45- and 7.62x39mm variants. AK-type rifles have been chambered for just about every significant military caliber, including Russian cartridges and NATO standards, from 9x18mm Makarov to 7.62 NATO and 12-gauge shells.

The AK-47 and its derivatives have been in service for 65 years all around the world, and even though it’s one of the most important pieces of firearms history, if the AK-12 performs as well as it is expected to, it won’t be long before it steps out of its predecessor’s shadow.