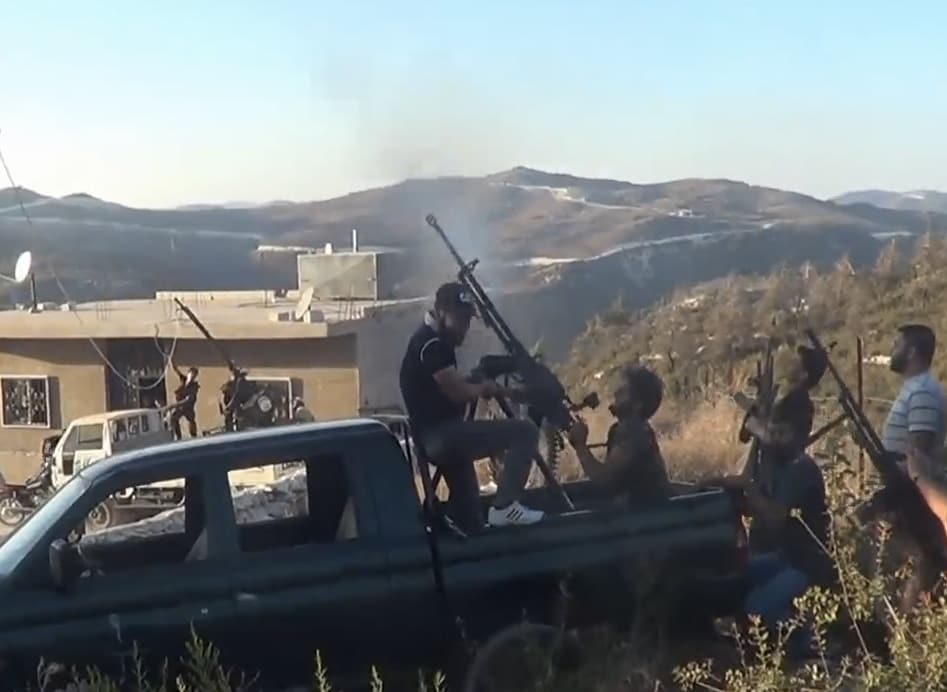 Syrian rebels shot at a downed Syrian helicopter pilot as he parachuted to the ground.

Rebel soldiers fired at a downed Syrian helicopter pilot as he parachuted from the sky, then beheaded him after he landed on Syrian soil.

As the Syrian helicopter pilot parachuted from the wreckage, rebel forces on the ground seized the opportunity to direct small arms fire at him. One video shows a group of at least four men on railroad tracks, one firing a shouldered M-16 from a considerable distance.

Another video shows a group of rebels firing anti-aircraft, vehicle mounted machineguns and other small arms fire at the drifting pilot.

Furthering the carnage, after the helicopter pilot landed on Syrian ground, rebels beheaded the man, pillaging the pockets of his mangled, blood-soaked corpse.

One rebel activist is seen rolling the severed head around with his foot, presumably for a better viewing angle.

The Turkish foreign minister, Ahmet Davutoglu, responded to Turkey’s military actions by saying, “No one, from now on, will dare to violate Turkish borders in any way.”

The Syrian Army Command condemned Turkey’s reaction, calling it “hasty” and saying it only proved the “real intentions of Erdogan’s government towards Syria, which is seeking escalation at the borders of the two countries.”