A Florida teen was arrested after he fatally shot a 71-year-old man at point blank.

After stalking his prey through a grocery store, 17-year-old Jamal Jackson rode on his bicycle and followed Miguel Pilotos to his car, fatally shooting him in the head after trying to rob the Miami-Dade County native.

Jackson took nothing from the victim, save his life and undue anguish to his family. 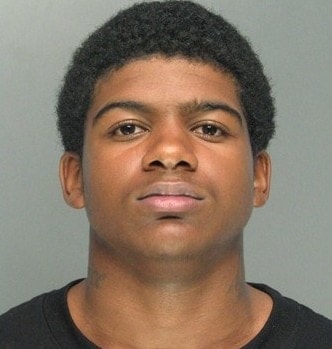 Miami-Dade Police spokesman, Javier Baez, told CBS4’s Peter D’Oench the arrest of Jackson on Thursday afternoon was made after a tip from Miami-Dade Crimestoppers.

Pilotos wife, Aleida Pilotos, was distraught about her husband’s callous murder, but felt relief after Jackson was arrested, saying, “Now I feel free. I give a lot of thanks.”

Pilotos and his wife were married for 25-years and had come to the United States from Cuba 19-year ago.

According to police, this was far from Jackson’s first criminal offense.

Jackson’s attorney, Rod Vereen, claimed his client was “abused” by officers when they questioned him during his arrest, though police deny any wrong doing on their part.

“He’s alleging physical abuse. There was a confession signed in this case and he is saying law enforcement beat him up while in custody. We understand the public defender’s office has photos of his injuries. And this could be an issue,” Vereen said.

Pilotos and his wife had been married for 25-years.

Vereen added of his client, “I have been advised as to some serious head trauma about 4-years ago, considering an accident where he was ejected from a vehicle.”

Though the defense attorney made no comment about how Jackson, with such “serious head trauma,” was able to so efficiently wield a handgun while concurrently riding a bicycle.