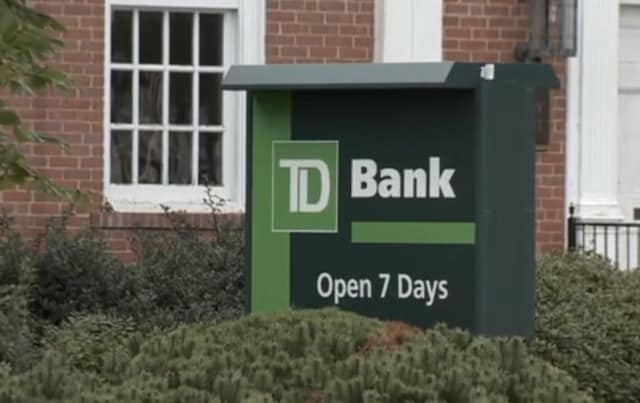 Robert Gursky said he was trying to do the right thing when he alerted a bank teller he saw a man with a gun tucked under his shirt.

A good Samaritan caused panic after he tried to alert a bank teller he noticed another customer carrying a gun.

When Robert Gursky walked into TD Bank North in Glastonbury, Connecticut, he saw something suspicious. He approached the teller window after observing a man with a gun tucked under his shirt, and said the word “gun.” Gursky also wrote a note, but never ended up handing it to her.

Gursky calmly left the bank, but the teller misunderstood his message, and triggered the panic alarm.

“As a result of the investigation of the bank employees, [Gursky] was cited with breach of peace,” said Glastonbury Police Department Agent Kevin Sydlo.

As it turned out, the man with a gun just happened to be a law enforcement officer.

According to police, using the word “gun” in a bank is the equivalent of shouting “fire” in a crowded movie theater – it is going to cause mass hysteria. But Gurksy says it was just a misunderstanding, and that he was only trying to do the right thing. 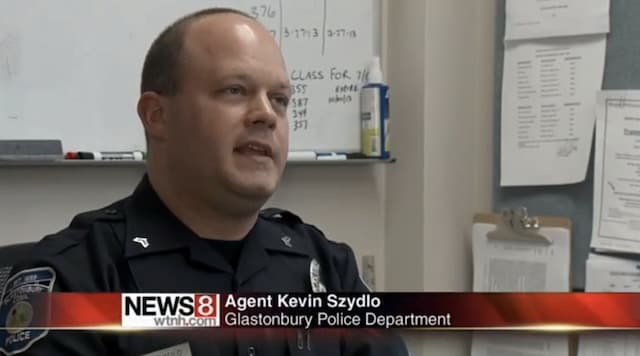 Police say the best thing to do if you notice a gun is to back away and call 9-1-1.

“It could have been a level of confusion, but certainly it was confusing for everyone involved, even the people from the bank,” said Szydlo.

What would others have done in that same situation?

Aldo Scalora of Glastonbury said, “Under pressure, I guess I would walk out and call 9-1-1, without any hesitation. You don’t confront him yourself.”

Ally Kask of Glastonbury said, “I think I would tell some personnel where it happened and let them handle the situation first.”

Another Glastonbury native, Meghan Callan, said, “I would probably alert the authorities right away because you never know what it is for. You don’t know if it has been authorized for that reason.”

Connecticut, along with many other states, allows the concealed carry of a handgun with the appropriate license. Police recommend never confronting someone you suspect may have a gun, but to back away and call 9-1-1.

“We are a concealed carry state, but you can’t carry in a manner that causes alarm to the public. So it is a fine line finding balance, that is why many people choose to carry concealed,” Szydlo stated.