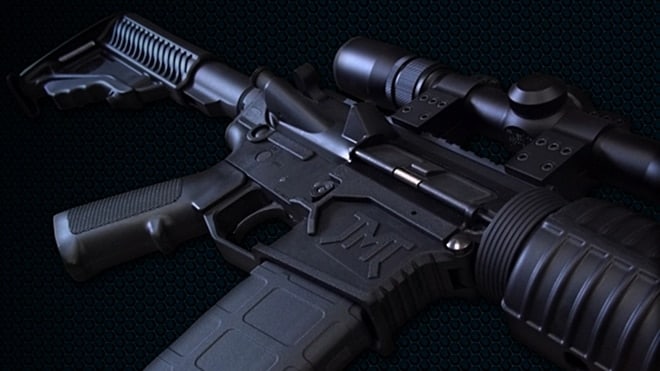 With the recent shortage of all things gun-related, an interesting thing happened. Without a lot of options on the table, people started buying guns that they would have never considered before, particularly in the “black rifle” department.

While relatively new and unproven, many gun owners started buying polymer AR-15 lowers; once held as a novelty item best serving the ultra-lightweight crowd, the poly lower stood out as one of the few available and relatively inexpensive AR options for people looking to buy rifle receivers at the height of the gun-buying frenzy.

And even though they haven’t established themselves as a go-to part for many AR enthusiasts, they are starting to gain a foothold in the diverse AR market, notably as a viable alternative to aluminum alloys; not necessarily a lesser product that is acceptable in the absence of traditional lowers.

Not being a heavily-stressed part, polymer lowers are beginning to show promise — while they certainly don’t have the same rigidity of alloy receivers, they offer a much higher level of flexibility, which, depending on how the receiver is used — or abused — means it can withstand some types of stresses that could crack, scratch or break an alloy lower.

Early polymer receivers were troubled, often flexing too much at the buffer tower, which sometimes led to the buffer tower sheering off along with the recoil assembly. Also, some users reported stretching at the pivot pin holes. Newer polymer lowers use more durable polymers and reinforced designs that have largely eliminated these problems.

At the same time, the 80 percent lower market exploded. Legally, 80 percent parts are no different than paperweights. They can be bought directly from the manufacturer and shipped straight to your door, no paperwork, no FFL required. This is because it’s impossible to use them as-is to build a firearm. They require machining to complete the remaining 20 percent. 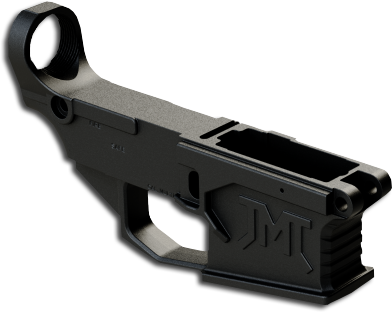 It was only a matter of time before the polymer 80 percent receiver was born. Like metal receivers, they also need machining, but given the materials used, it is easier for most home gunsmiths to finish them.

James Madison Tactical is one such company to take advantage of this new market with a ground-up AR-15 80 percent lower design — one that might just make a few more converts of the traditional receiver club.

“The other day I received a call from the guys over at James Madison Tactical,” said Ben Wentzel with AR-15 News. “At the time I really had no idea what products they offered or had even heard of them. That makes perfect sense as they’ve spent most of their career building amazing $1 million kit jet planes called the ViperJet that you can build at home. Recently they realized their expertise in aerospace polymers that are strong enough to be used in airplanes could also be used to build a high quality, reinforced AR15 80 percent lower that actually looks and performs like a lower you might want to own.”

With good reason. The design is a heavily-modified AR-15 lower with major reinforcements around the buffer tower and front takedown pins as well as both sides of the flared magwell. The magwell is also ridged and swept for use as a foregrip. It also features an oversize, integrated trigger guard. 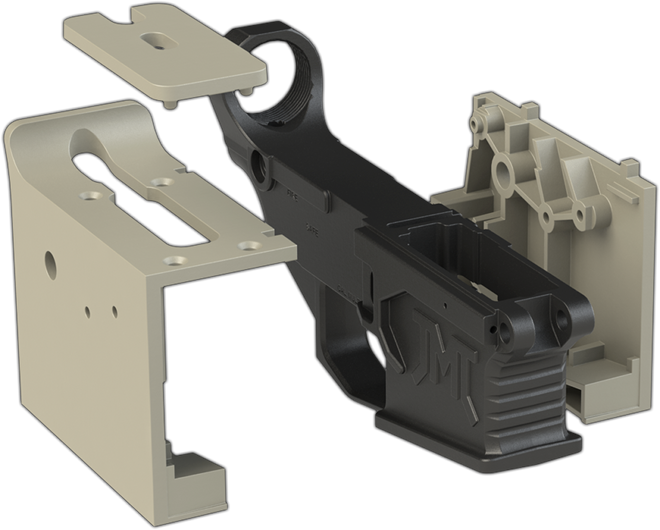 But it’s what comes with the 80 percent lower that’s really nice: a jig. Many 80 percent lowers and jigs are sold separately, which drives up their cost well above what a completed lower runs — a price premium many are willing to pay for the anonymity 80 percent receivers afford — making the JMT lower particularly competitive.

At $150 for the set the JMT 80 percent lower kit beats out alloy lowers, which often run over $100 and that’s without another hundred or so for a jig. If you’re interested in a kit, head over to the JMT web store. For a limited time they will be on sale for $120.

Each receiver comes with a limited lifetime warranty that covers replacement of the lower if it fails not as a result of improper machining.

Still, if you like the look but don’t have the equipment to complete one of these, don’t worry, JMT expects to offer completed lowers down the road.

“Another cool thing is that James Madison Tactical is in the process of securing their FFL so they can produce 100 percent machined lowers but for now you’ll just have to finish them yourselves,” added Wentzel.

It’s doubtful that polymer lowers will ever be as widely-used as alloy lowers; but as development continues, they are gaining a reputation as an acceptable alternative — it will be interesting to see how JMT lowers contribute to that.