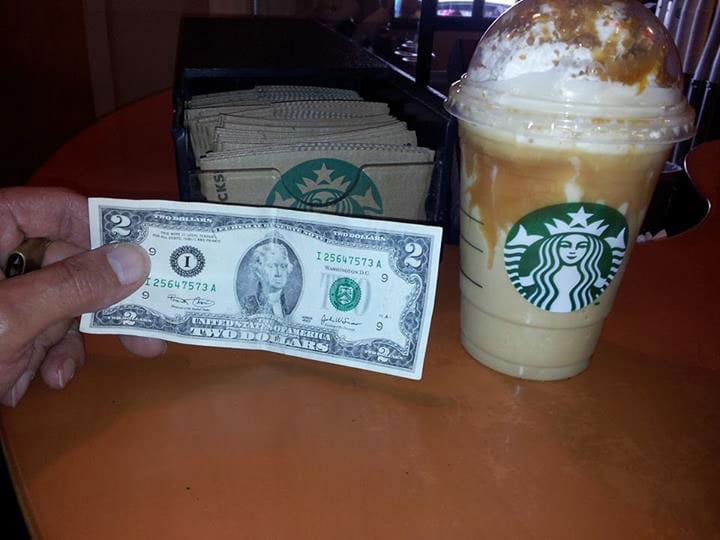 On “Starbucks Appreciation Day” many gun rights advocates tipped the baristas with $2 bills, representative of the Second Amendment (and strip clubs).

Just weeks following “Starbucks Appreciation Day” where gun rights advocates across the country took to their local Starbucks, many openly carrying firearms, to show their appreciation for Starbucks’ so-called pro-gun stance, CEO Howard Schultz wrote an open letter yesterday asking that customers no longer carry firearms into the nearly 7,000 cafes in the country.

Schultz told CNN in an interview, “Starbucks is not a policy maker, and, in fact, we’re not pro- or anti-gun.” Although the chain has – perhaps misleadingly so – been labeled as a pro-gun establishment by pro-gun advocates.

However, according to the letter, Schultz feels that Starbucks has been “thrust unwillingly into the middle of this debate,” which he also recognizes as being both “polarized” and “emotional” from both sides.

Schultz expresses the vision of the company as being a place “to enjoy the peace and pleasure of coffee and community.” Adding that it is his desire to bring the community together, not divide it.

The letter then explains that the coffee giant’s stance on “open carry” – which has made headlines more than a time or two recently – is not one of the company’s, per se. But rather, the company has simply followed local laws. In other words, in areas where open carry is permitted, the coffee shop allows it, yet in areas where it is prohibited, it is not allowed in the café, as well.

“We believe that gun policy should be addressed by government and law enforcement — not by Starbucks and our store partners [employees],” Schultz said.

“Pro-gun activists have used our stores as a political stage for media events misleadingly called ‘Starbucks Appreciation Days’ that disingenuously portray Starbucks as a champion of ‘open carry,’” he continues. “To be clear: we do not want these events in our stores.” He then adds, “Some anti-gun activists have also played a role in ratcheting up the rhetoric and friction, including soliciting and confronting our customers and partners.” 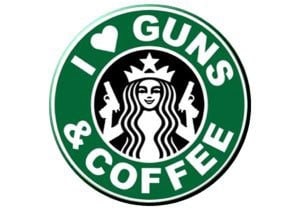 I mean, who doesn’t love coffee and guns, right?

Schultz then goes on to clarify that this is a polite request rather than an outright ban and explains that a ban “would potentially require our partners to confront armed customers, and that is not a role I am comfortable asking Starbucks partners to take on.”

Schultz also reiterates that he knows there is no compromise that will satisfy both sides of the debate, but that “the legislative and policy-making process is the proper arena for this debate, not our stores.”

He also adds that he envisions the coffee shops as a place where all customers can feel “relaxed” and “comfortable,” pointing out that the “presence of a weapon in our stores is unsettling and upsetting for many of our customers.”

Schultz also assures that the letter was not written out of his own personal views. “I don’t think this is about Howard Schultz,” he said. “This is about Starbucks Coffee Company, our customers and whether I am or am not a gun owner is not the issue.”

In closing, Schultz encourages everyone to be “responsible and respectful of each other as citizens and neighbors.”