One military gal got the business end of a Taser during a training exercise. She bucked up and braced herself for what she knew was about to come, standing stoic and defiant. 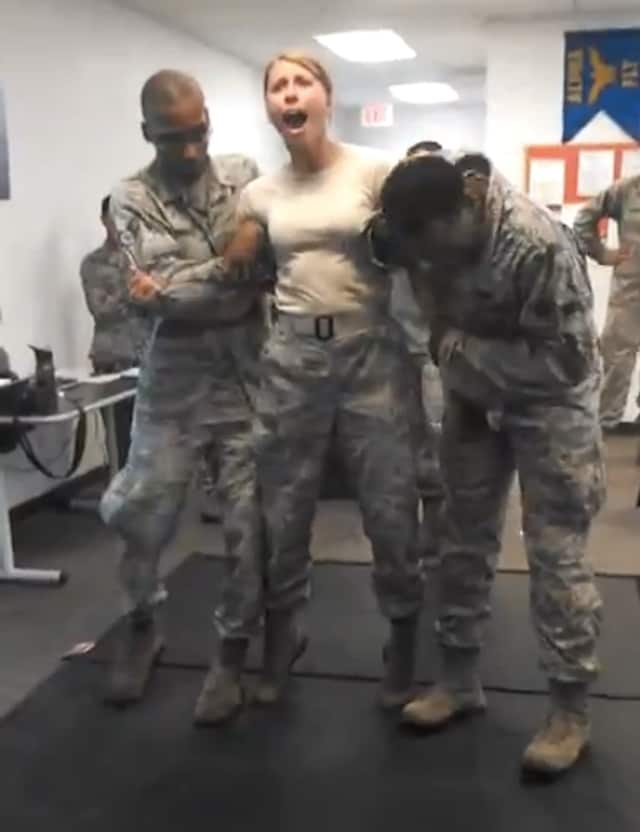 Ahh, nuts! Nobody won after this woman got Tased.

The operator pulls the trigger, and the muscles in her body involuntary contracted as the neuro-muscular incapacitation device did its business, but unfortunately, one of the men propping her up got his business scrunched as her hand found the closest thing to clench onto.

After “taking the ride,” this woman immediately braced herself up on her hands, refusing to be beaten by the twisted, demonic yet brutally efficient contraption.

I’d like to share, from firsthand experience, that getting Tased feels like liquid fire coursing through your body. Everybody thinks they can walk through it, maybe a few have. Some scream, some cry, but everybody falls.

So given the excruciating pain she suffered, this woman should be proud at how well she handled herself. She may also want to consider apologizing to the poor soldier who got a handful of her wrath.